Ask Montrezl Harrell about his time spent at Hargrave Military Academy and he’ll tell you there are life lessons he learned that he still applies to this day. Located in Chatham, VA, this private, all-male military boarding school is where Harrell, who hails from Tarboro, NC, spent his senior year in 2011. The change of scenery for Harrell was to be able to focus on his academics and athletics without any distractions. In the year he was there, Harrell, who refers to it as a “tough transition,” saw that not everyone who attended was fit for a life of discipline.

“I seen guys go there and their first two to three weeks they broke,” he says. “It’s a different type of mindset and something you have to be willing to do and be mentally prepared for.”

During his senior year, Harrell averaged 25 points and 13 rebounds on a 38-1 team. He was named MVP of the Jordan Brand Classic in 2012, finishing with 22 points, 12 rebounds and seven blocks. A four-star recruit, he was ranked 90th in the Class of 2012 and originally committed to Virginia Tech, but decided to re-open his recruitment when Seth Greenberg, the Hokies’ then-head coach, was relieved of his duties. North Carolina State also expressed interest and while it would’ve been fitting for Harrell to play in his home state, he would have had to sit out for the year if he chose to transfer within the conference, per ACC rules.

He had about a dozen offers before signing with Louisville to play for Rick Pitino. There, he was a part of the 2013 Cardinals team that won a national championship, which was vacated earlier this year due to NCAA violations. As a junior, he averaged 15.7 ppg and 9.7 rpg before being selected with the 32nd overall pick by the Houston Rockets in the ensuing NBA Draft. 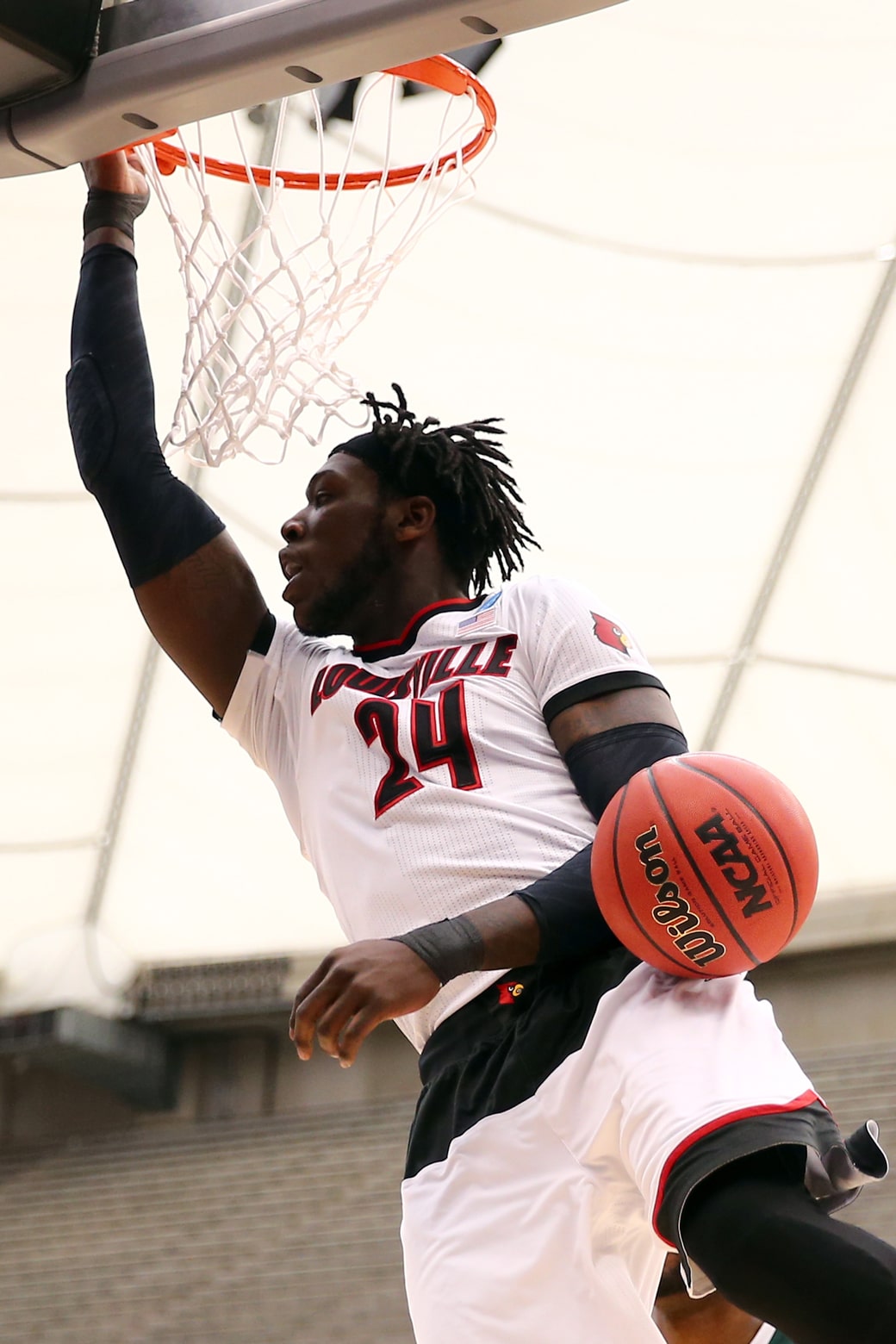 Draft analysts pointed to four valuable traits—length, strength, athleticism and motor—coming out of college. The motor and where it comes from starts back in Tarboro. A town located in Edgecombe County with a population of less than 11,000 in 2017, the blue-collar way of life taught Montrezl the value of hard work.

“I was never one of those guys who had the hype coming into the basketball game or had a big name,” he says. “Always playing with that chip on my shoulder and going about the game…being a hard worker and never letting anybody outwork me in general.”

Growing up, he idolized some of the League’s big-name superstars—Kevin Durant, LeBron James and Kobe Bryant—but he also had an appreciation for under-the-radar players like JJ Hickson, Kenneth Faried and Zach Randolph.

“A lot of undersized guys who would play hard and extremely aggressive,” Harrell, who is now in his second season with the Clippers, says of the latter.

On the court, Harrell’s intensity is visible, as he uses his 6-8, 240-pound frame and 7-4 wingspan to be active on the defensive end, trying to block every shot attempt and corral every rebound in sight. And on offense, he uses that same motor to be a spark and punish the rim. In a recent home game, Trezz tipped a pass to force a turnover, sprinted down the court, set a screen, rolled to the basket and had an emphatic two-handed dunk that brought fans to their feet. 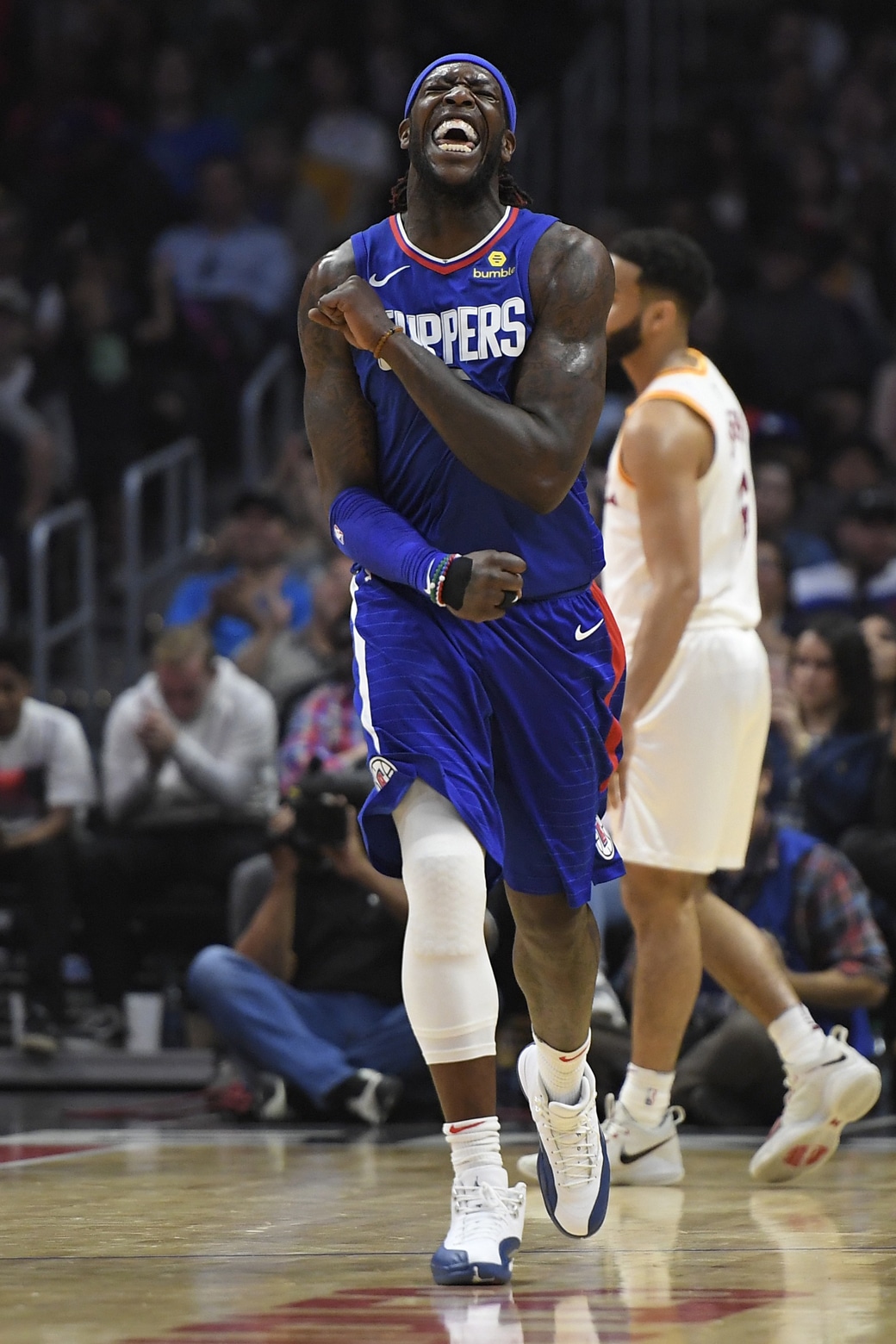 “Do anything and everything in my power to help my team win,” says Harrell, when asked about his mentality on the floor. “Whatever they need from me for the night, whether it’s scoring the ball, blocking shots, rebounding, extra possessions—just whatever it takes to win the game of basketball.”

In a League that’s shifting to pace and space where three-point shooting centers has become the norm, Harrell’s game may not be glamorized, but basketball zealots can appreciate what he brings on a nightly basis. ESPN‘s Stephen A. Smith called Harrell the closest thing to Dennis Rodman in today’s NBA.

“It’s a tremendous compliment and huge blessing just to be compared to someone of that caliber and the things he brought to the game of basketball—toughness, the grit that he played with and always competing on both ends of the floor,” Harrell says.

In July, the Clippers re-signed Harrell to a two-year, $12 million deal, after acquiring him from the Rockets in the 2017 Chris Paul trade.

“Wherever I ended up, I was going to go with the same type of mindset and same type of aggression that I bring every game,” he says. “I’m happy to be back here with the program that I’m well familiar with and the coach that I know.”

Aside from negotiating his new contract, Harrell used his summer to spend time with his two children—a one-year-old son and a five-month old daughter.

“I took my summer to be around my family,” he says. “I just took my time to be around them and watch them grow.”

In between daddy duties, Harrell hit different spots in the city to find some hoop. During the week, he was at Rico Hines’ afternoon pickup runs with a plethora of NBA players. On the weekends, he became a regular at L.A.’s famed Drew League, playing with former teammate James Harden’s LAUNFD (LA Unified) squad throughout the two-month season. He even suited up in the Venice Ball League on the blacktop of Venice Beach and made stops in the 305 for the Miami Pro League and in New York to visit Dyckman Park. LA and NYC were his two favorite spots to ball.

“In those atmospheres, it’s just about hooping. That’s what it’s all about out there,” he says. “They don’t care who your name is, where you’re coming from or what statute you’re at right now. I used that time in the summer to get better and [apply] all the things that I’m [working on] to in-game situations to see how they work.”

This season, Harrell is averaging career-highs in points (15.1), rebounds (9.7) and field goal attempts (9.2) in 25 minutes, as the Clippers currently sit at 17-13. In November, the team won 11 of 14 games and was briefly tied for first place in the Western Conference. With Lob City being a thing of the past, few expected the Clips to do anything this season.

So is Trezz surprised by the early season success?

“It’s surprised people doing things, writing stories like you guys,” he says. “We knew what we wanted to do coming into the season and we knew what we had in our locker room. As far as everybody surprised that we’re one and two in the West or where we are right now is up for y’all to debate. We don’t really care what anyone outside of this locker room and program thinks.” 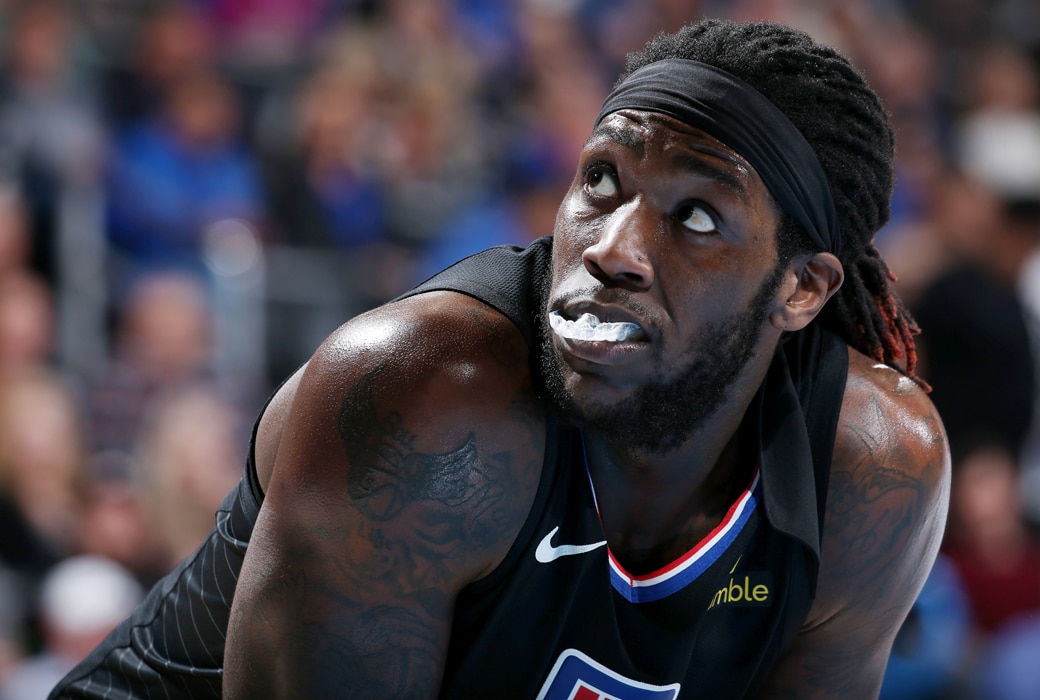 A day before the team hosts the Heat, Harrell is sitting in the lobby of the team’s facility in Playa Vista. After practice, he’s one of the last few players still in the building. He finds a seat near the entrance and reminisces about everything from his days at Hargrave to this past summer to the beginning of the season.

He mentions the Clippers’ mantra—“LA. Our way.”—that’s featured in the rafters of Staples Center. He can give two shits about what anyone outside of the locker room projected for his team this season.

“Y’all are not the ones getting in between those lines and playing for us each night—we are,” he says. “As far as the superstars on our team, we have 15, 18 guys that are superstars on our team. You have teams that have guys that have superstars and it’s not always good. You see some guys break down their team; some guys can’t get along. We don’t have nothing like that to worry about because we have 15 to 18 guys in our locker room that can be a superstar any night.”

Even if many don’t have the Clippers in the Finals conversation, Harrell continues to approach the game with the same mindset and has not lost sight of the task at hand.

“Just do anything I can to put our team in a position to be in the playoffs,” he says. “The ultimate goal is an NBA championship. That’s what we’re fighting for and that’s what we’re playing this game for and what the long 82-game season is about.”

Clippers’ Patrick Beverley Suspended For First Game of Next Season