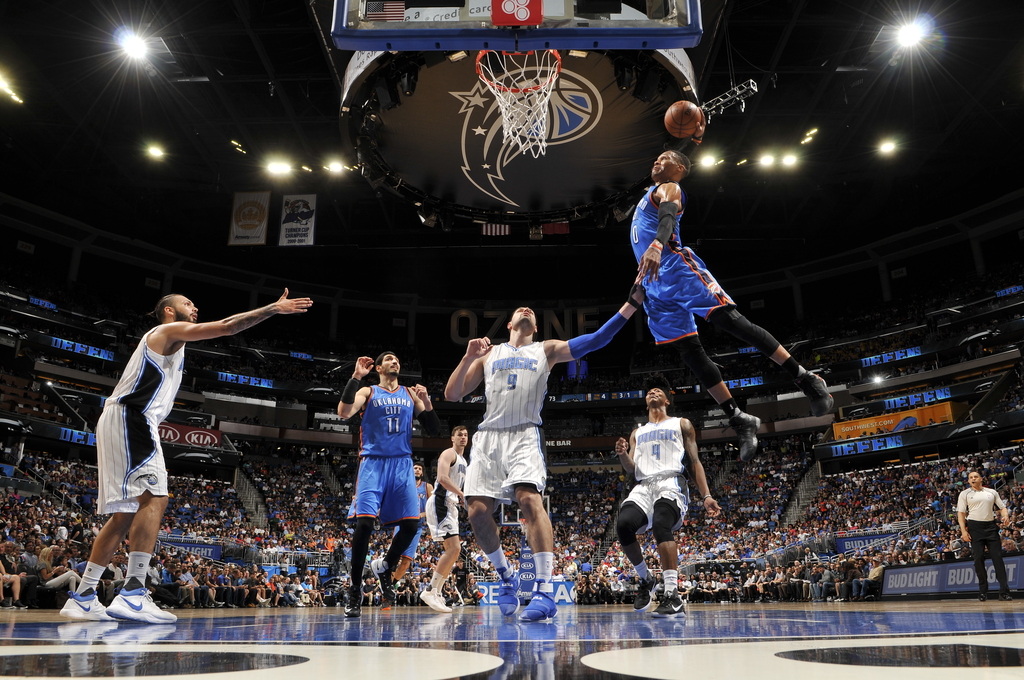 Even shell-shocked Orlando Magic fans had to give it up for Russell Westbrook last night, loudly chanting “MVP!” for the superstar guard.

The victory clinched a postseason berth for the Thunder, and it was the largest comeback in franchise history.

Oklahoma City stormed back from a double-digit deficit behind another eye-popping performance by Westbrook to upend Orlando 114-106 in overtime Wednesday night. Westbrook scored 36 of his 57 points — the most in a triple-double in NBA history — after halftime and had 13 rebounds and 11 assists to help the Thunder clinch a playoff spot in the Western Conference.

He scored seven of his team’s 12 points in overtime as OKC pulled away from the Magic. He has 38 triple-doubles this season./em>

“I’m very thankful to the man above for allowing me to play the game I love,” Westbrook, who finished one point shy of tying his career high. “And my teammates make it easy for me and give me a lot of opportunities to make plays like this.”