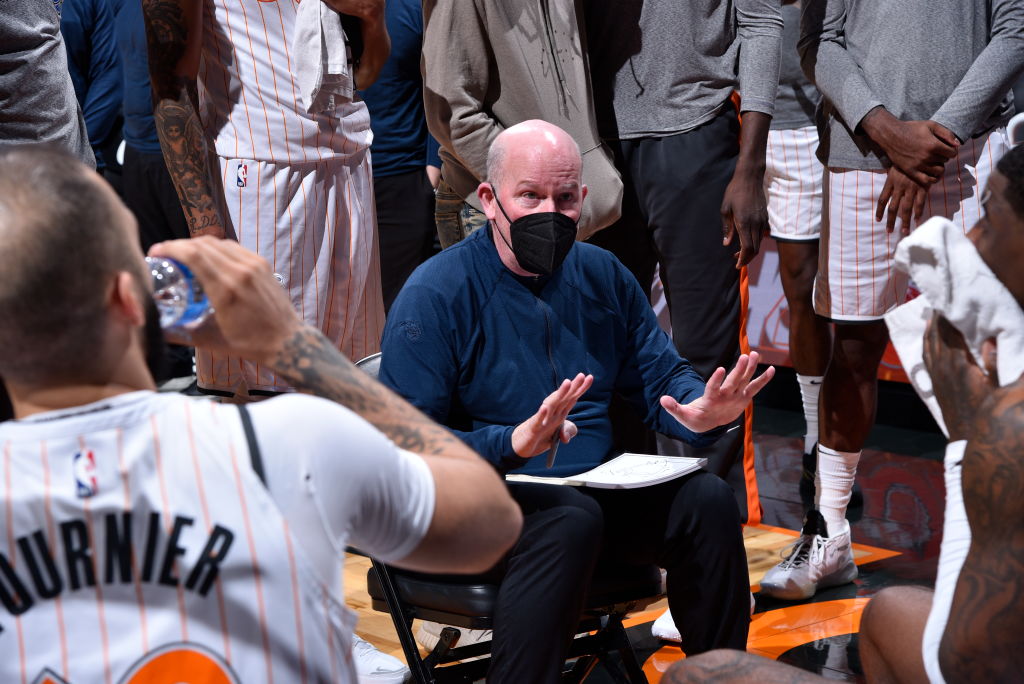 The Orlando Magic showed their intentions of a rebuild when they traded away high-profile players such as Aaron Gordon, Evan Fournier and Nikola Vucevic at the trading deadline. That vision got a little more clearer as the team and former head coach Steve Clifford parted ways this weekend.

What was described as a “mutual decision” between Clifford and the Magic was reported by ESPN’s Adrian Wojnarowski.

As the Orlando Magic move into a full rebuilding process, coach Steve Clifford and the franchise have agreed together to a parting, sources tell ESPN.

Orlando brought in Clifford ahead of the 2018-19 season after he was released from the Charlotte Hornets following disappointing postseason runs. Clifford led the team to 42-40 and 33-40 records in his first two seasons with the Magic, both good enough to land Orlando in the playoffs.

“We would like to thank Steve for his contributions to the Orlando Magic,” president Jeff Weltman said in a release. “We appreciate the many sacrifices he has made as our head coach and understand the timeline of our new path does not align with his goals as a head coach in our league.”

“I would like to thank the DeVos family, Magic leadership and the entire staff, and certainly wish everyone well,” Clifford said in a statement released by the team. “It’s been an honor and privilege to coach this team in this community.”

Clifford reached the playoffs four times in his eight seasons as head coach of Charlotte and Orlando.

An early name already in the rumor mill is former head coach Terry Stotts, who was just tenure with the Portland Trail Blazers ended after their first-round playoff exit.