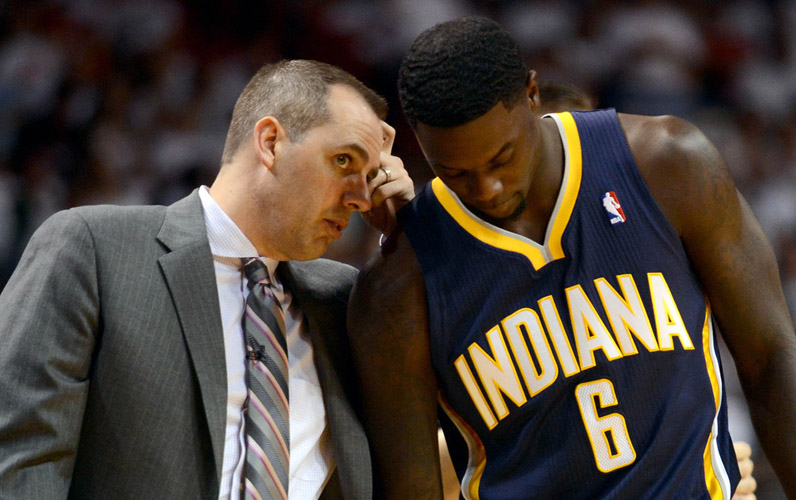 Today, roughly a year after the Lockout callously uprooted the NBA Summer League, the basketball world is finally within arms length of its long-awaited return to equilibrium.

For the next five days, the Orlando Magic will graciously open up its practice facility at the Amway Center to host the AirTran Airways Orlando Pro Summer League. The eight-team, 20-game event commences today, July 9, and runs through Friday, July 13, with every game broadcasted live on NBA TV.

Unlike the Las Vegas Summer League, which begins Friday and will field a record 24 teams, the Orlando Summer League is not open to public viewing, as only media and NBA personnel are permitted on site. This is strictly because of space limitations, as the practice court can accommodate roughly 300 guests. But despite the relative seclusion and small number of participants, the league will showcase six playoff teams and seven first-round Draft picks throughout the week.

While summer league is a period of enjoyment and anticipation for the fans, it’s all business for the guys involved. Let’s take a look at players on each team with the most to prove during their time in Orlando.

After a very solid rookie campaign, posting averages of 12.6 points and 2.3 assists per game, Brooks should be one of the leading scorers in Orlando. With the Nets’ current roster, it looks like Brooks will spearhead the scoring load on the second unit. Coming into his sophomore campaign, Avery Johnson is hoping Brooks can be more prudent with his shot selection and take what is given, not trying to force anything that isn’t there. If he can show he is comfortable within the constraints of an offense, then Brooks should be in good shape. After all, he may have no choice but to get comfortable in Orlando, as he could very well find himself in a Magic uniform come next season.

With no summer league and not much time for contending teams to experiment with their rookies, Johnson never got a real chance to show what he can contribute. In the small flashes of playing time he did get, though, Johnson showcased two things the Celtics desperately needed: athleticism and versatility. He’s not the most explosive player, but Johnson has range out to 17 feet and jumps well for his size. Now we’ll see if he can put his skills in use, and give Doc Rivers a reason to increase his role going forward.

As for Sullinger, well, you know the story by now. The once-projected top-7 pick slid to the 21st pick in this year’s draft because of a medically “red-flagged” back. Criticism about his lack of athleticism and “inadequate” body frame accentuated his health concerns and led to numerous teams passing on him. Being one of the more competitive players in the rookie class, Sullinger will be out to prove his critics wrong and show that his game can, and will, translate to the NBA level.

Stephenson has spent the majority of his first two NBA seasons on the bench in Indiana, and in all reality, this is a make-or-break summer for Lance. This is his time to step up and prove that he’s ready to be, at the least, a solid rotation player. With his biggest supporter (Larry Bird) no longer with the organization and his contract not guaranteed for next season, the time is now for Stephenson.

In his first and only summer league two years ago, Stephenson was arguably the best player in all of Orlando. But with concerns about his defense and maturity, and a stack of guards ahead of him in Indiana, Lance never got a chance to prove himself on the court. In the Pacers’ season finale vs the Bulls, though, Lance played a career high 35 minutes and didn’t disappoint. In his first start as a professional, he scored 22 points on 10-15 shooting. Now it’s time to build on that.

Kanter played well last season (4.6 ppg, 4.2 rpg, 13.2 mpg), especially considering he was thrown onto a team that was loaded on the frontline and consistently in the fray. Still, the second-year forward could certainly use some grooming in summer league. Kanter has great hands around the rim and is very bulky, which makes him hard to defend once he catches the ball in the paint. He’s already a good rebounder, and if he can develop a 15-foot jumper and some solid footwork to operate on the block, Kanter would not only continue his ascension towards a solid NBA career but would make Paul Millsap, Al Jefferson and Derrick Favors more expendable.

There are more intriguing names on Orlando’s roster, such as Andrew Nicholson, Kyle O’Quinn or Justin Harper, but in terms of can this guy play or not?, I think the most pressure is on Smith.

Smith has already been on four teams in only two NBA seasons, but contrary to what you would probably assume, he’s played well when given the opportunity. He showed flashes of good court vision in Houston, didn’t get much of an opportunity in Memphis and Golden State, and seemed out of place in 20 games with a dysfunctional Magic squad last year. Smith’s window to prove he belongs is slowly closing though, as he’s currently an unrestricted free agent. These next fives days are his league-wide audition, something he needs to capitalize on.

While OKC’s main trio is out in Vegas preparing for the London Olympics, three guys on the Thunder’s summer league roster will have the microscope on them as well.

For Jackson, it’s time to show that he’s made strides offensively, enough to give Scott Brooks confidence to play him next season. The Thunder brought in Derek Fisher after Eric Maynor’s knee injury because they didn’t feel comfortable handing over the second unit to Jackson. Jackson has always been a solid defender, but he got flustered on offense a lot, turning the ball over and not doing much in terms of getting his teammates open. I love his tenacity and athleticism, but those skills alone won’t get you minutes at the point guard spot.

In terms of Perry Jones, well, much like Sullinger you already know the backdrop. A reported bummed knee coupled with character questions and having no definite “position” on the NBA level led to Jones plummeting to the 28th pick on draft night. Still, he could wind up being the steal of the Draft, as Jones has lottery talent and arguably the best raw tools among all rookies. It’ll be real interesting to see whether Jones plays the 3 or the 4 (or both), and to see if he’s developed a mental toughness that wasn’t always on display at Baylor.

Williams is the first player in NBA history to go straight from high school to the D-League. He was drafted by the Thunder (via Miami) in the second round of the 2010 Draft and is still out to prove he can play in the League. I honestly don’t know too much about Williams, and that’s part of the reason he fascinates me. He’s a 6-8 swingman who, at only 23 years old, still has a lot of untapped potential. Running on an athletic OKC summer league squad could bring out the best in him.

Drummond is considered by many to be the definition of high risk, high reward as he has all the physical tools to be a star but has questions marks on his footwork, motor and work ethic. Still, at 7-foot, he jumps out of the gym and runs the floor like a gazelle, and if he pans out, would make a very scary frontcourt in Detroit playing alongside Greg Monroe.

Singler will finally make his NBA debut after playing in Spain last season. Over the span of 36 regular season games for Real Madrid, the former Duke forward averaged 8 points per game, shooting 54 percent from the field and 43 percent from behind the arc. It’ll be interesting to see what role Singler can play on an NBA team, and if nothing else, it’ll be great to see him competing in the States.

After doing an admirable job guarding Kevin Garnett throughout the Eastern Conference Semifinals, Allen gained the respect and support of Doug Collins and virtually all Sixers fans. Allen is an even-keeled guy who comes to work every day looking to get better, and that’s exactly what he’ll do in Orlando. If he can polish his offensive game a bit, Allen will carve out a lengthy NBA career. His next step towards improvement begins today.