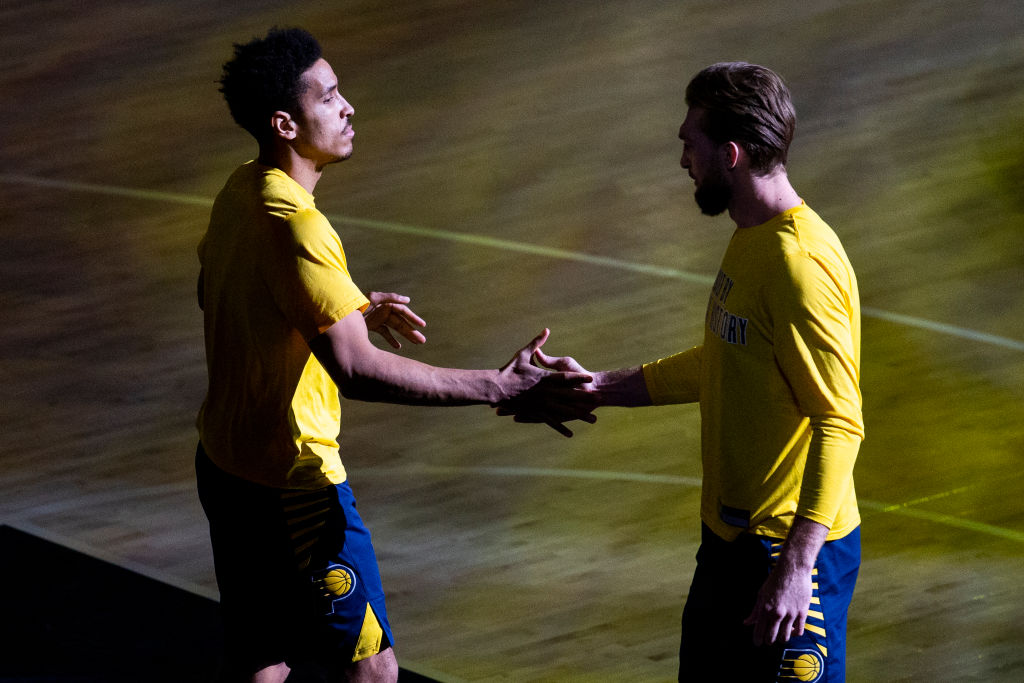 After a disappointing first-round exit in the playoffs last season that culminated in former head coach Nate McMillan being fired, the Indiana Pacers hoped that they could bounce back in the 2020-21 season and make a deeper run.

However, to this point, they’re 19-23. On the outside looking in at the playoff hunt, their rocky road to the postseason, now appears as if it could be catalyst for another franchise-changing decision.

According to Vincent Goodwill of Yahoo Sports, the Pacers are listening to offers on 2017 Rookie of the Year Malcolm Brogdon and are “monitoring” All-Star forward Domantas Sabonis as well.

A highly intelligent player who improves every season, Brogdon has averaged a career-best 21.6 points per game in 2020-21 on a true shooting percentage of 56.3, to go along with 6.1 assists and 4.7 rebounds per game. However, in his fifth NBA season at 28-years-old, there may be no better time to capitalize on his trade value than now.

Sabonis, will likely be more difficult to pry away, as the 24-year-old is already a two-time All-Star and one of the most skilled players in the league. Taken with the 11th overall pick in the 2016 NBA Draft, Sabonis is a averaging 20.2 points, 11.2 rebounds, 6.2 assists and 1.2 steals per game this season.