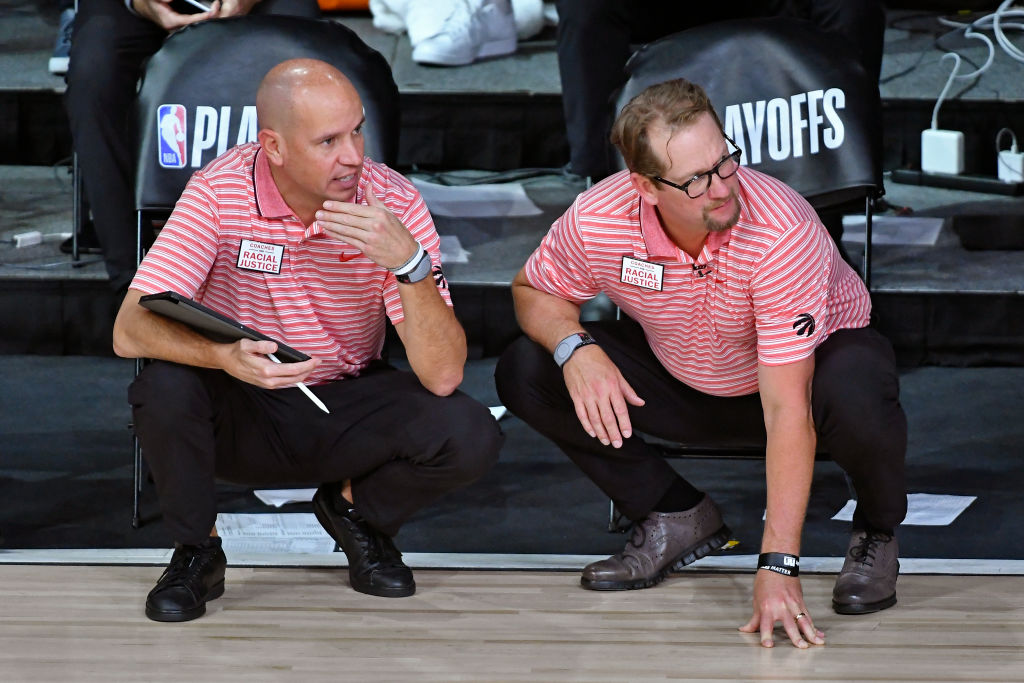 The Indiana Pacers are hiring Toronto Raptors assistant Nate Bjorkgren to be their new head coach, Shams Charania of The Athletic reports. Bjorkgren will fill the vacancy created when Nate McMillan was terminated.

Bjorkgren has spent the past two seasons on Raptors head coach Nick Nurse’s staff. Prior to joining Nurse for the team’s 2019 title run, he was an assistant coach with the Phoenix Suns.

The 45-year-old Iowan came up with Nurse and is the first assistant coach to win a title in both the NBA and the G League. The pair won together with the Iowa Energy in 2010-11.

Bjorkgren will stand alone in Indiana, however, getting his first opportunity as a head coach at the NBA level. He’ll inherit a roster that performed admirably in 2019-20 despite key injuries to players like Victor Oladipo and Domantas Sabonis.

The Pacers’ vacancy was one of four head coaching vacancies in the NBA. With Bjorkgren soon to be locked in to the position, just three gigs remain (OKC, NO, Houston).