Patrick Beverley: ‘I Have to Protect Myself’ from Fans 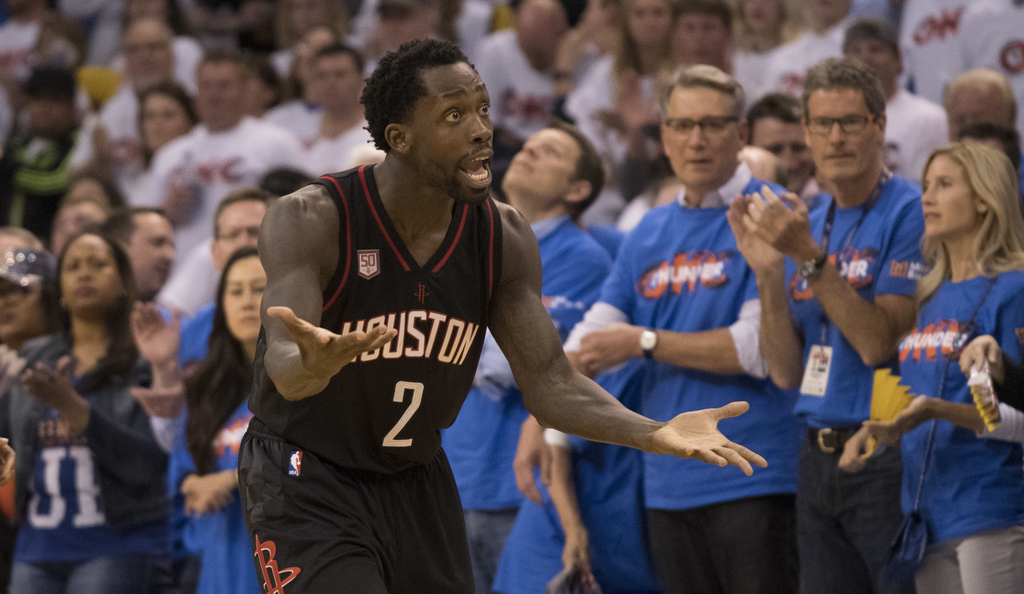 Rockets guard Patrick Beverley got into it with a Thunder fan in Game 3 of the first-round series, and was fined $25,000 for confronting the guy.

Beverley says if the “NBA won’t protect its players,” then he will take matters into his own hands.

Beverley felt that the fan—Stuart Scaramucci, the son of Thunder minority owner Jay Scaramucci—crossed the line.

“If the NBA won’t protect the players, I feel as a man, as a grown man who has children, who has morals, to stand up for the right thing. I have to protect myself.”

Beverley has been booed in Oklahoma City since Thunder star Russell Westbrook was injured in the 2013 playoffs when Beverley tried to steal the ball from him as Westbrook called a timeout. A Thunder ball boy at the time, Mitchell Brown, tweeted a death threat. Houston and Oklahoma City police were alerted and the Rockets had extra security at the games here.

“To put all this in perspective, this isn’t the first incident I had with OKC,” Beverley said. “I had a ball boy tell me he was going to kill me. What type of league, what is this? I had to have a police officer out in front of my house, I can’t be on the same floor as my teammates. My first year in NBA basketball I have a person saying on Twitter he was going to kill me. So, what to do?”