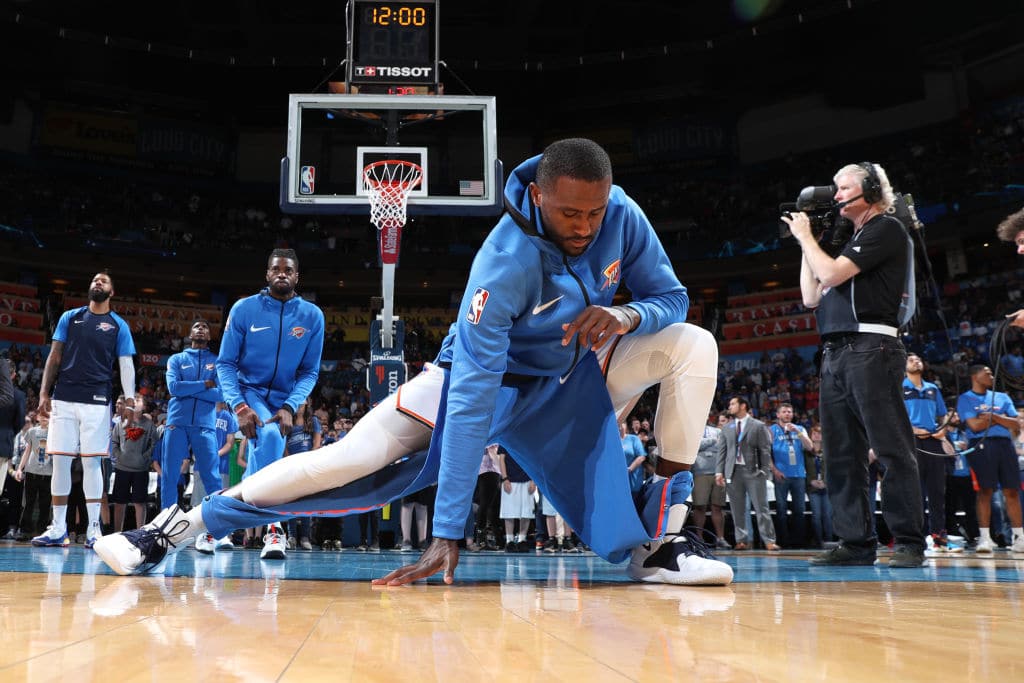 The Oklahoma City Thunder have agreed to a buyout with veteran forward Patrick Patterson, Adrian Wojnarowski of ESPN reports. When the 30-year-old officially clears waivers he’s expected to sign a deal with the Los Angeles Clippers.

Patterson spent the past two years with the Thunder but never found a spot in the rotation quite like he did with the Toronto Raptors previously. He’ll now look to open the floor for a revamped Clippers team that figures to contend for the 2020 NBA championship.

Patterson initially picked up his 2019-20 player option worth $5.7 million but the Thunder have pivoted from a contender to a rebuilding team over the course of the offseason.