Pau Gasol May Freeze His Sperm to Play in Rio Olympics 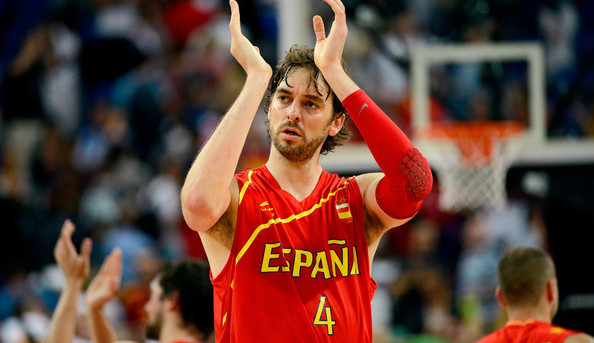 Spanish center Pau Gasol says he’s thinking of freezing a sperm sample prior to hopping on a plane bound for Rio.

The big fella has expressed concerns about playing in the 2016 Olympics due to mosquito-borne Zika virus, which has been linked to severe birth defects in infants.

The 35-year-old has yet to commit to playing for Spain this summer.

“We are constantly learning more but there is uncertainty about how long the virus remains in one’s blood,” Gasol said earlier this week in an appearance for the Pau Gasol Academy. “Many athletes are thinking about starting families and in Brazil there are a million and a half people affected [by Zika]. If I confirm that I will play for the national team, freezing my sperm is one measure more to take.”

According to the United States’ Centers for Disease Control and Prevention, a man infected with Zika, who is displaying symptoms, can pass the disease to his female or male sex partners.

“It is tough to say whether I am closer or farther away from playing in the Olympics because every day new information comes out. The worry about Zika continues,” Gasol said. “The reality continues to be worrisome and there have been several NBA players who have decided not to play in Rio. It could be that the risk is slight but it is still there. This is something that doesn’t just worry me, but also my teammates and the rest of the delegation. […] We can’t take this health threat lightly. It doesn’t just affect pregnant women. A few days ago, the World Health Organization doubled the precautionary period for having sexual relations — from four to eight weeks. Who knows whether they will soon change it to 12? It is a serious subject.”