Paul George: Australia ‘Has a Knack for Being a Little Dirty’ 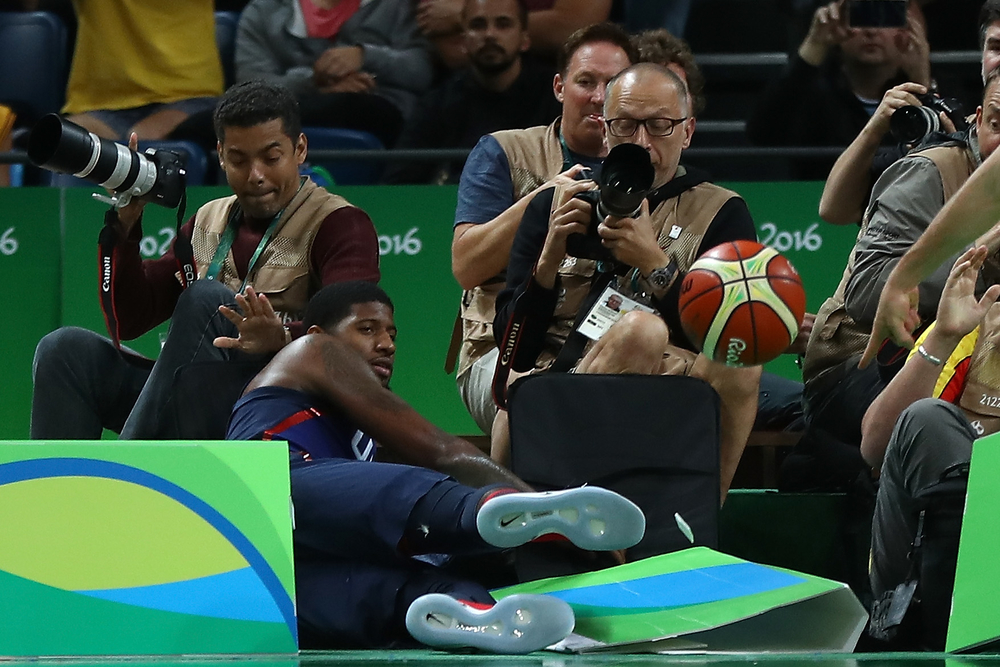 Team USA passed its first real test in Olympic play Wednesday, outlasting Australia 98-88, and Paul George said the Americans knew their opponents have a “knack for being a little dirty.”

The All-Star forward picked up a technical foul after tangling with Matthew Dellavedova.

Carmelo Anthony led the U.S. with 31 points in the victory.

“We knew we were going to get their best,” George said. “It was an adjustment for us. The game kind of got out of hand early with the physical play. […] We knew that coming in – this team has a knack for being a little dirty.”

“I thought the second half we did a good job of just matching them,” he said. “We were doing the same stuff they were doing and we got hacked for it. We’re fine playing physical, that’s our game in the NBA, but if they going to allow us to play that way they got to play it both ways.”

Boomers legend and now assistant coach Luc Longley fired back in response: “Tell ‘em that’s international basketball.” […] His Delly clash was a way to “let them know it wasn’t going to go the way they thought it was going to go”.