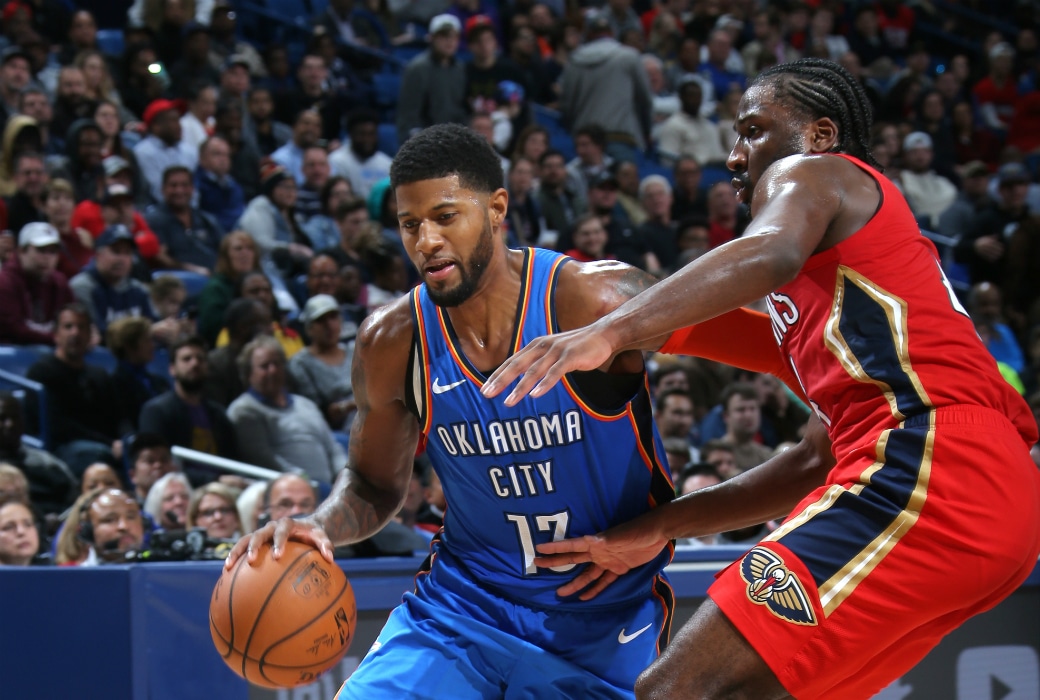 Paul George has one of the silkiest and free-flowing games in the NBA, but it’s still surprising to learn he told Thunder coach Billy Donovan early last season to cease calling plays for him, per ESPN’s Royce Young.

“I’ve always been a guy to just let the game come to me. Just play the game,” George said. “If it’s a shot for me, if I can make a play, create for someone else, I’ll do that. A lot of times you run a play, everybody’s watching, everybody’s locked in, everybody’s pulling over and it just makes the game tougher for me.

“I like it when I can kind of manipulate and be on attack mode where they don’t know what to do, as opposed to a play other teams [can] scout.”

George has been killing it this season, spearheading OKC’s No. 1 rated defense and averaging 24.3 points, 7.9 rebounds, 4.3 assists, 2.2 steals and 0.8 blocks, which are all career-highs. He’s also tied for second in the League in deflections, with 3.5 a game.

Can’t really question the man when he’s playing the best ball of his career.

RELATED:
‘I Knew I Had The Hot Hand’: Paul George Burns the Nets For 47 Points