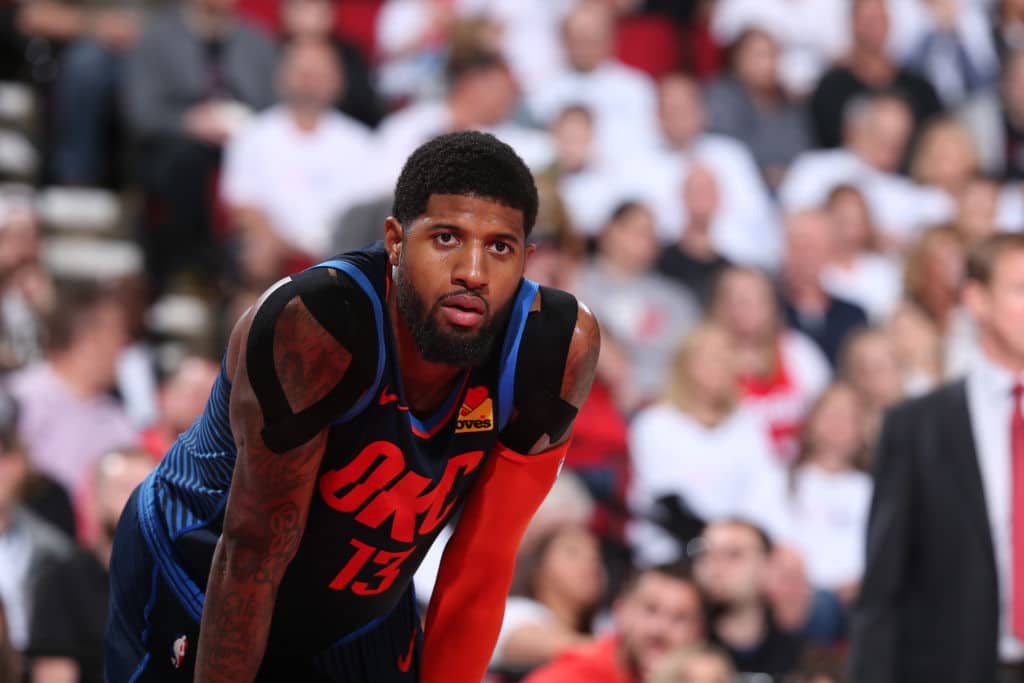 Paul George underwent a procedure to repair a small labrum tear in his left shoulder, the OKC Thunder announced Tuesday.

George, 29, also had surgery to repair a partially torn tendon in his right shoulder about a month ago.

The six-time NBA All-Star was a finalist for the MVP and Defensive Player of the Year awards this season.

The Thunder originally announced the impending surgery on the small tear when George underwent right rotator cuff surgery a month ago. His timeline for return remains the same. He will be sidelined for the summer, and the team will update his return to play status before the upcoming season.

George established himself as a strong MVP candidate this season before sitting out for three games due to right shoulder soreness at the end of February and beginning of March.

He played with kinesiology tape on both shoulders for the majority of the last two months of the Thunder’s season. George finished the season averaging a career high 28 points, 8.2 rebounds, 4.1 assists and 2.2 steals.