Paul George: ‘I Wasn’t Good Enough the Past Year’ 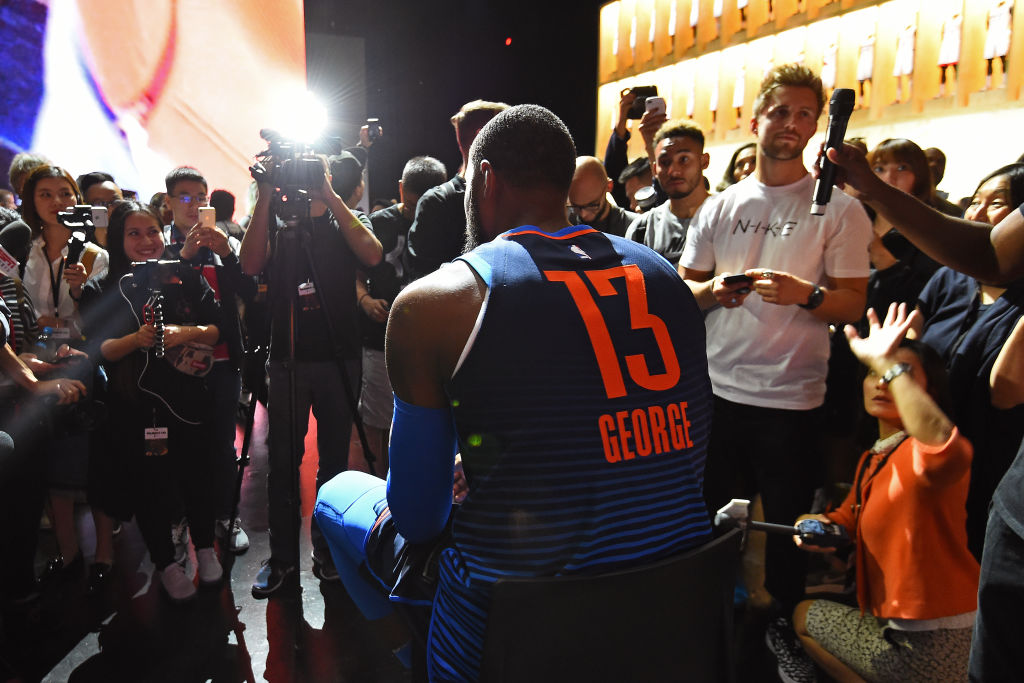 A self-critical and highly-motivated Paul George says he didn’t play well enough last season for the Indiana Pacers, who traded the All-Star forward to OKC this summer.

George posted an Instagram video showing all the work he put in the gym during the offseason, and says he’s excited to hoop for the Thunder.

“About this summer… I contacted my guy Ryan Capretta @proactivesp immediately after losing in the playoffs and told him I’m on a mission this year to be the best.

“I wanted him to challenge me and push me harder than I’ve ever been pushed before. I knew I wasn’t good enough the past year and wanted to give my team more.

“Didn’t know I was gonna be traded but what happened, happened. Now I’m faced with the same mission to be the best playing along side the best and damn I’m excited about that! I got better and stronger fasho.

“Only time would tell. Thanks to everyone over at Proactive who also helped the kid! #ThunderUp #WhatAreYouCapableOf #PG1 #NoBrakes #TilICollapse”