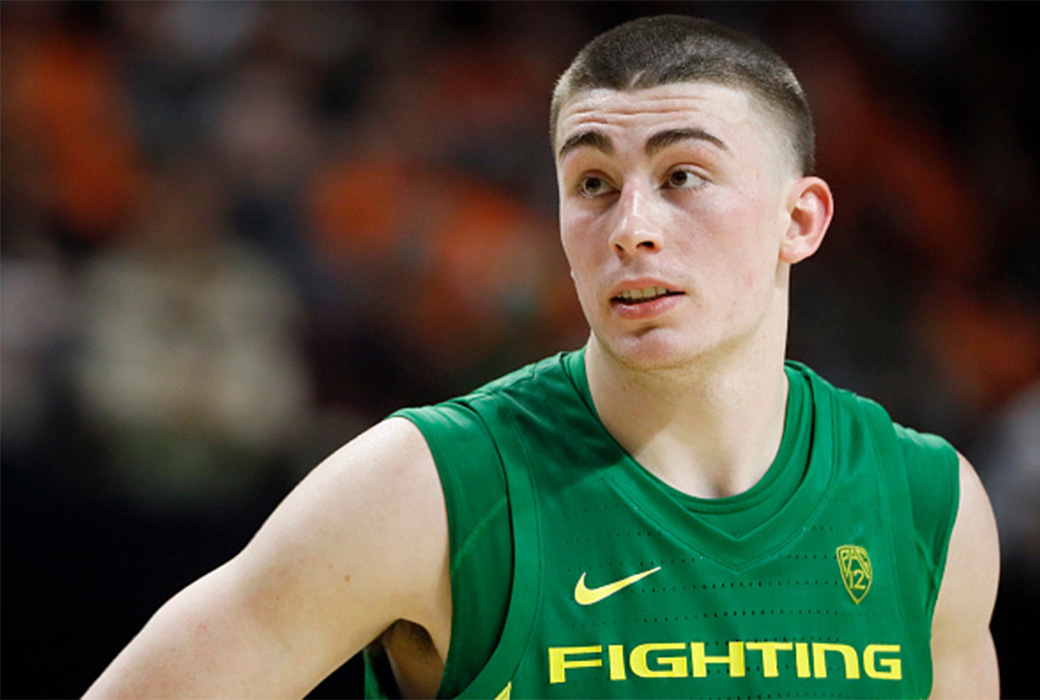 One of the newest members of the Boston Celtics is Payton Pritchard, who was selected No. 26 overall in the 2020 NBA Draft. Just over a week into training camp, he’s already impressing members of his new team.

During a recent media availability, Marcus Smart was asked which new guys have stood out in practice.

“I’d probably say Payton Pritchard, for me. I kind of had a feeling that he would be a guy that, for me, that would be a standout. I was looking forward to seeing what he has. He hasn’t disappointed yet.”

Another key member of the Celtics, Jayson Tatum, was asked the same question. Once again, it was Pritchard who came to mind.

“Payton… he can shoot the ball really well. He really knows how to play. He competes at a high level, and I like that.”

Most importantly, Pritchard has a made a positive impression on head coach Brad Stevens. With how deep this Boston roster is starting to get, earning Stevens’ trust will be key in getting playing time as a rookie.

“Well, he’s tough. He knows how to play,” Stevens said of Pritchard. “He’s physical, can shoot the ball. And so I think he’s certainly had a good couple of days. What that means in the long run, big picture, there’s still a lot to sort out.”

Before the start of the regular season, Pritchard should get the chance to showcase his skills in a couple of preseason games, starting with a matchup against the Philadelphia 76ers on Tuesday. During his senior season at Oregon, he averaged 20.5 points and 5.5 assists per game while shooting an efficient .415 from deep.