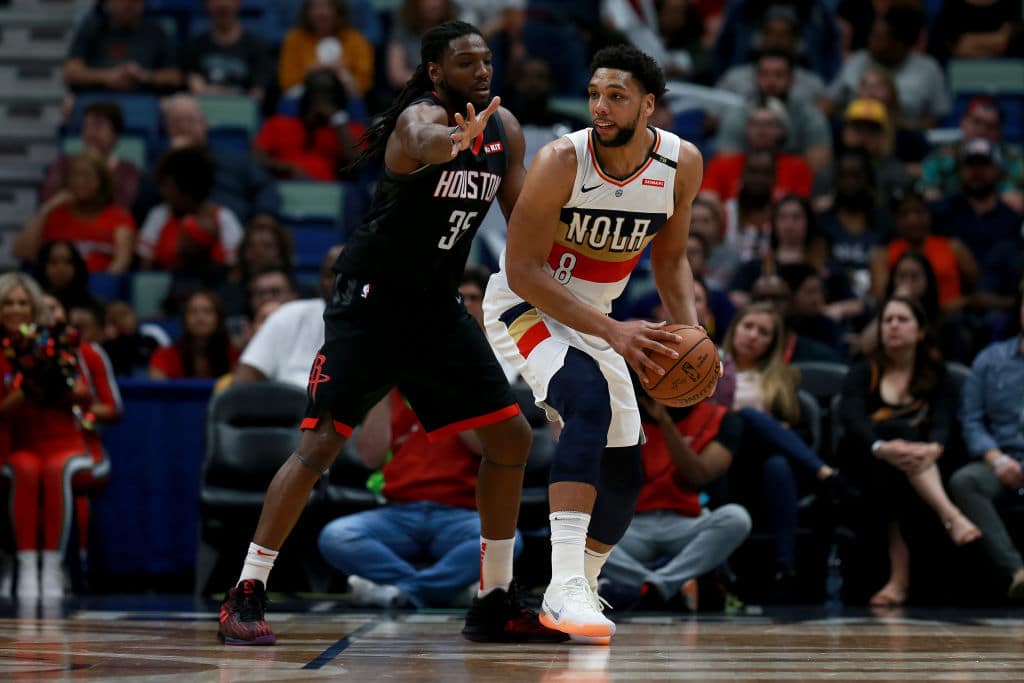 The New Orleans Pelicans have exercised their 2019-20 team option on Jahlil Okafor, Malika Andrews of ESPN reports. The big man played in 59 games for the Pels last season and started 24 of them.

Okafor initially signed a multiyear deal with the Pelicans last summer after his tenure with the Philadelphia 76ers came to an early end. The 23-year-old played two and a half seasons with the Sixers before his fourth-year rookie scale option was declined and he was ultimately dealt to the Brooklyn Nets.

Since that brief run with the Nets, Okafor has remodeled his game and his body, with an extra commitment to defense. Those, Andrews reports, are two things that have impressed the Pelicans staff.

While Okafor enjoyed an excellent rookie campaign in 2015-16, the speed of the modern game left him with a vastly reduced role.

Given that he’s a formidable force on the offensive end and glass when given a starter’s workload, the Pels will be particularly eager to help him improve further and stay on the court without being exploited defensively.