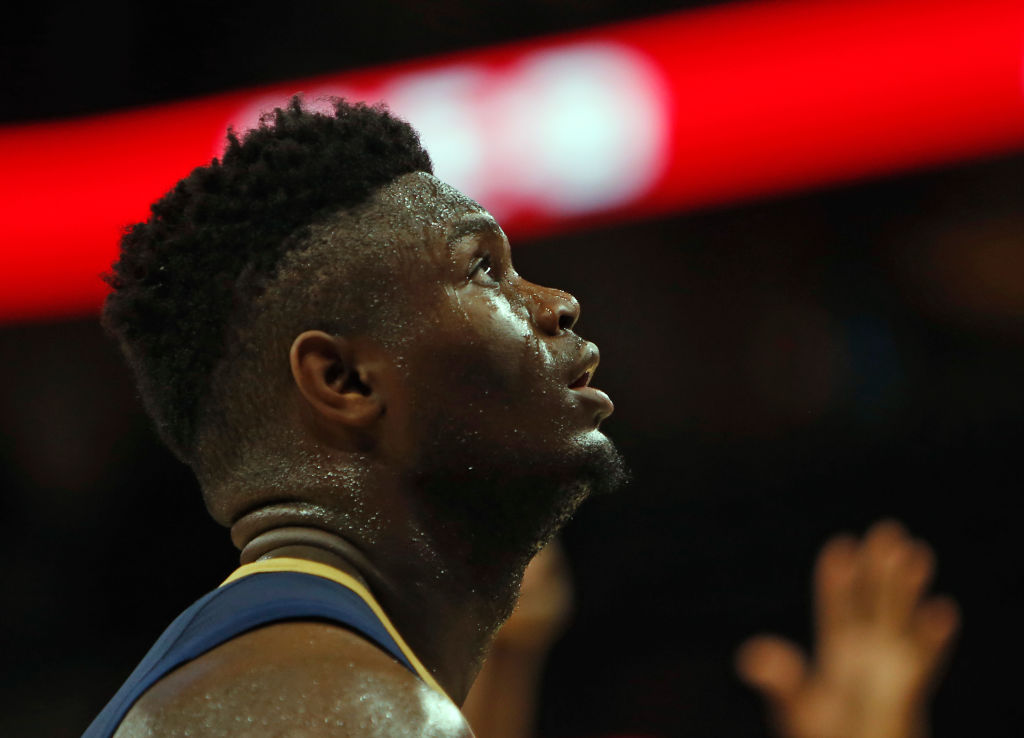 The New Orleans Pelicans are expected to get their first regular season glimpse of No. 1 pick Zion Williamson next week. The rookie is expected to suit up against the Spurs on Wednesday, Jan. 22.

The news comes from executive vice president of basketball operations David Griffin who told the media that Williamson will suit up barring any setbacks in forthcoming team practices.

Griffin’s debut will come at home against San Antonio and won’t involve a predetermined minute restriction. Instead the team will see how the big man reacts and gauge his playing time accordingly.

Griffin noted to the media that there was never any point during the past few months that the team considered sitting Williamson for the entire 2019-20 campaign.

Williamson wowed NBA fans with an impressive preseason showing, averaging 23.3 points and 6.5 rebounds per game in 27.2 minutes of work. Now, Griffin believes, Williamson is even healthier than he was then.

The Pelicans don’t expect Williamson to participate in back to backs but won’t be faced with making such a decision until March as the team isn’t schedule for any until then.