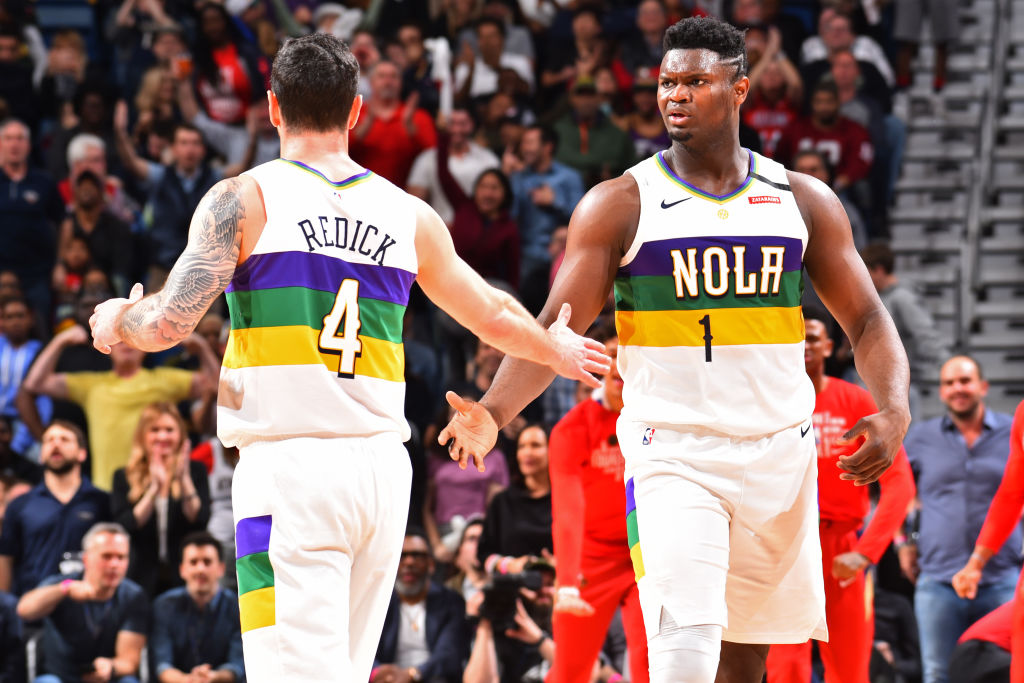 After podcast host Matt Barnes asked if there was any ceiling for Zion, the first overall pick in the 2019 NBA Draft, the consistently candid Redick gushed over the Carolina native:

The thing with Zion is that he is naturally — obviously athletic — but naturally skilled. So when he learns, sort of, how to play the NBA game and think the NBA game, he’s gonna dominate. He does it naturally without really putting the thought and preparation we all learned.”

Williamson, heralded as a generational talent before he ever stepped on an NBA floor, has made shockwaves across the league because of his extraordinary athleticism, high basketball IQ and his surprising skill level.

He missed multiple weeks at the start of the 2019-20 season after undergoing surgery to repair a torn meniscus in his right knee but once he was on the court, he appeared to be every bit as dominant as people dreamed he would be.

All that from a 20-year-old that’s still learning the ropes.

“This guy at Year 5 or Year 6,” wonders Redick. “What are looking at right now?”