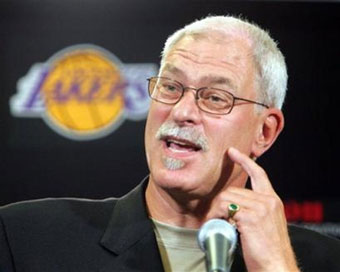 Rap star Kendrick Lamar set the Internet ablaze this week with a verse that called out a bunch of famous folks. Phil Jackson, one of the targets of Lamar’s verbal jabs, hilariously tweeted at the rapper. New York Knicks guard Iman Shumpert recorded a verse in response. Here’s the Zen Master’s salvo: “it’s okay to be cocky and sure, but we all need somebody to lean on. Let’s just call it mentoring.”