Phil Jackson’s Beef With The NBA 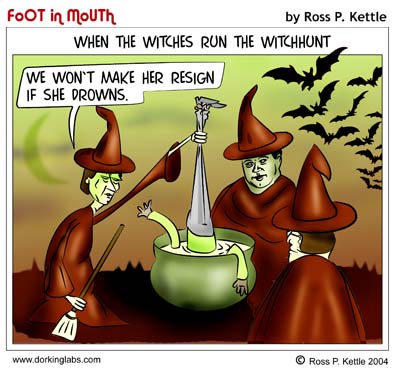 As you all know, three times in the last six weeks Kobe Bryant has faced some kind of punishment—be it a one game suspension, or a retroactively assessed flagrant foul—from the League office. The NBA has apparently decided that they’re not big fans of Kobe using his sharp elbows to give foreign players reconstructive facial surgery.

Phil Jackson, as you might expect, is beside himself with anger. He can’t understand why the NBA is hating on his shooting guard, and went on a bit of tirade yesterday at the Lakers’ practice facility.

“It shouldn’t even have been a flagrant I,” Jackson said Tuesday. “That’s crazy. That’s a vendetta. They have a witch hunt going on. It’s nuts. Guys riding somebody. Everybody does that in this league. It’s just becoming a witch hunt now.”

“It is an after-the-fact type of thing,” Jackson said, “and that is bothersome. They have the advantage of looking at videotape.”

“We wish they would correct some of the mistakes they make in a ballgame the same way. There’s a couple of games that probably could be swung, won or lost, by some of the calls they [could] correct after the fact. But you can’t do that in the game.”

Does he have a case, or this the sound of a frustrated coach whose team has been hit with a slew of injuries and is facing a soul-crushing six game losing streak?

For now, the only thing we can be sure of is that the Zen Master will be hearing from the League office very soon.