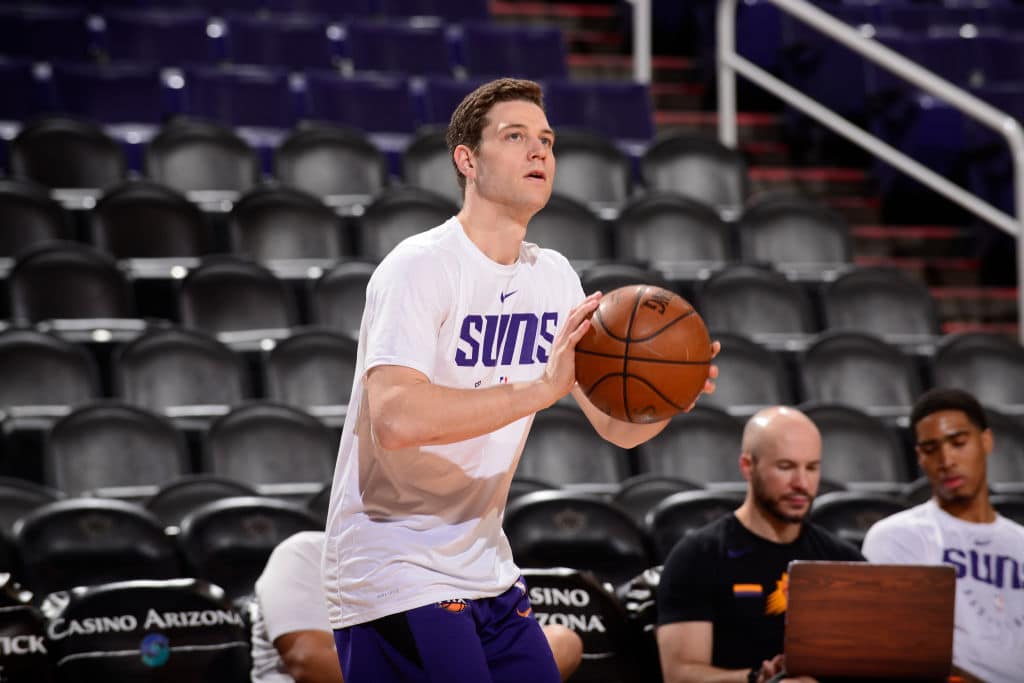 The Phoenix Suns will turn down their 2019-20 team option on Jimmer Fredette, Shams Charania of The Athletic tweets. The decision will clear the way for Fredette to play summer league with the Golden State Warriors.

Fredette played six games at the end of the 2018-19 campaign but didn’t establish himself as a rotation player in Phoenix. Under the tutelage of Golden State’s coaching staff, he could potentially sneak into the Dubs’ injury-depleted rotation next year thanks to his three-point range.

Fredette earned a reputation as a sharpshooter and volume perimeter threat in college but has yet to establish himself as a reliable NBA option. A summer in Golden State’s system could lead to his best opportunity yet.