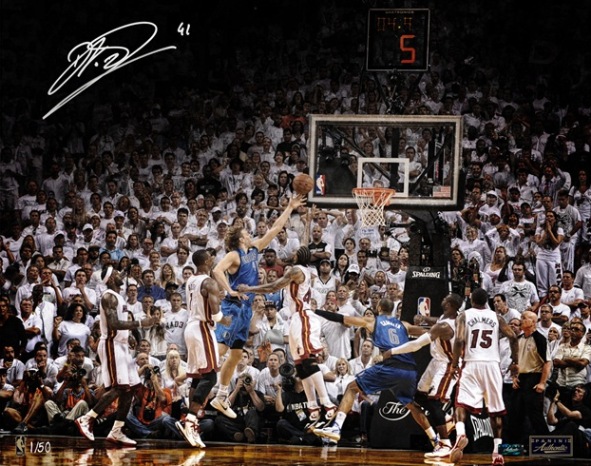 Now that he’s done doing work for the 2011 season on the court, Dirk Nowitzki is doing some off of it.

Last Friday afternoon, shortly before departing for Germany, the Dallas Mavericks star went out of his way to participate in a special signing for Panini Authentic—the worldwide leader in autographed memorabilia and collectibles—and his namesake Dirk Nowitzki Foundation, which aims to “provide education, health and well being for children around the world.” Nowitzki arrived with his much-scrutinized left middle finger still immobilized, and used his other hand to ink his distinctive autograph on 16 by 20 photographs and a few Panini America trading cards.

Above are pictures of the signing session and the inked memorabilia.