Photos: The Miami Heat Have Their Own Team Watch 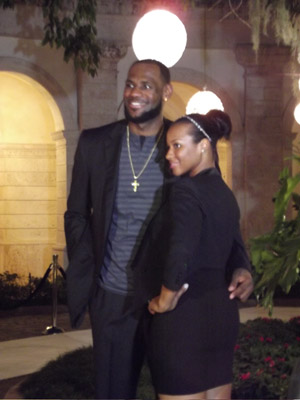 Early this week, the Miami Heat Charitable Fund, in conjunction with Hublot, hosted a “White, Black and Bling” themed fundraiser. The event, which took place at Mike Fernandez’s estate and included season-ticket holders, not only celebrated Pat Riley’s birthday and included a Patti LaBelle performance, but it also witnessed the unveiling of a limited-edition Heat-themed Hublot wristwatch.

Ultimately, the King power Miami HEAT Hublot watch, a trip to next year’s All-Star game and an assortment of other packages were raffled off for charity. All in all, the auction raised over $1 million for charity.

Chris Bosh, Dwyane Wade, LeBron James, Mario Chalmers, Mike Miller, Shane Battier and other members of the Heat were on hand to celebrate the festive occasion.