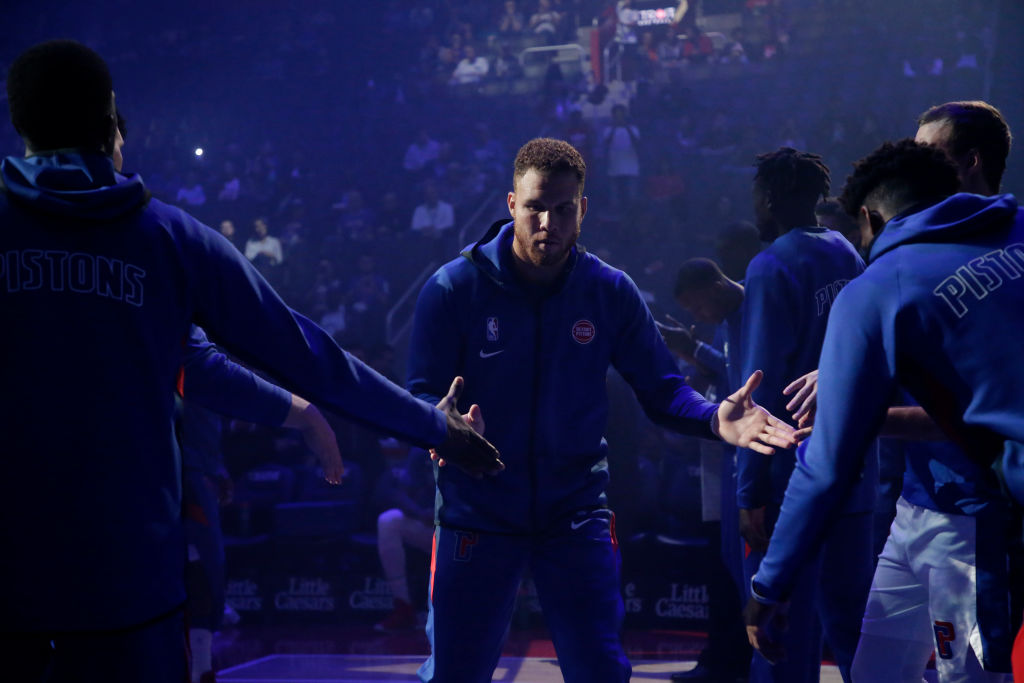 Blake Griffin will miss the start of the season due to “left hamstring and posterior knee soreness,” the Pistons announced Tuesday.

Griffin, 30, is expected to suit up in the first week of November.

“Blake Griffin will not travel to Indiana while continuing a treatment and conditioning regimen for left hamstring and posterior knee soreness,” the team wrote in a statement. “He will be re-evaluated for a return to action the first week of November.”

The news of Griffin’s injury is cushioned somewhat by the Pistons’ decision Monday to keep big man Christian Wood on the roster for added frontcourt depth.

“He’d better respond in an appropriate way because it’s a fine line in this league — stay hungry and stay with that chip on his shoulder,” coach Dwane Casey said. “He had the chip on his shoulder: he wasn’t late, he was a professional, he was mature and he was consistent. Those were the questions about Christian — it never was about his talent.

“The jury is still there and that’s why he has to stay on his p’s and q’s and I have all the confidence in the world that he will.”