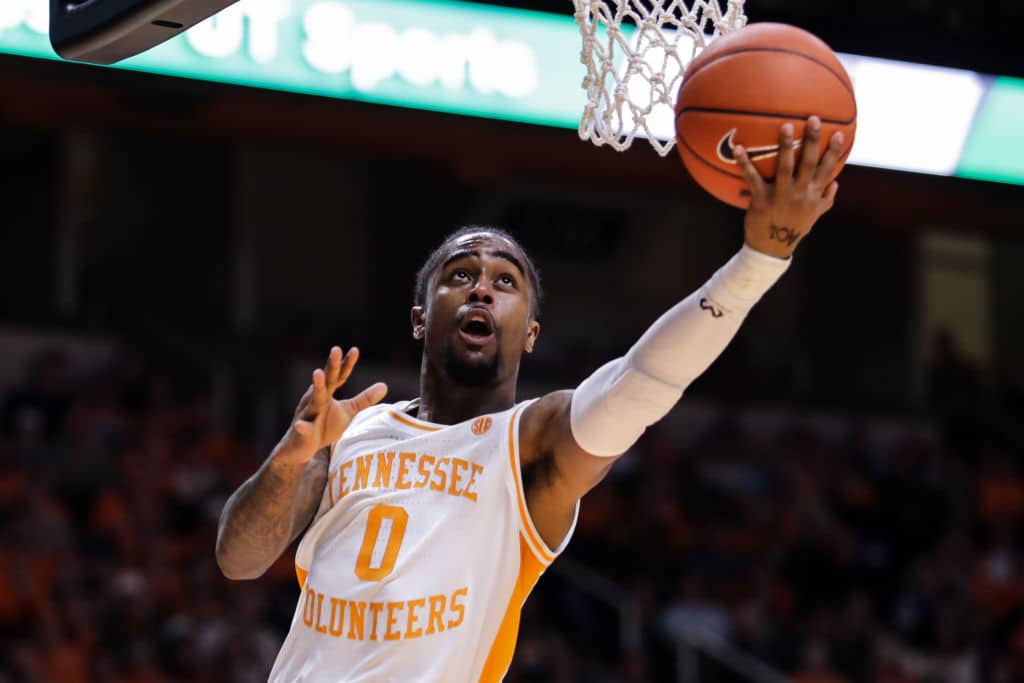 The Detroit Pistons trade back into the second-round to nab Tennessee guard Jordan Bone with the 57th pick last week. Now, Vince Ellis of the Detroit Free Press writes, the parties have agreed on a two-way contract.

By signing Bone to a two-way deal, the Pistons will be able to send the rookie guard back and forth between the big league club in Detroit and their G League affiliate in Grand Rapids. He won’t sit on the team’s 15-man roster but rather occupy one of their two dedicated slots for two-way players.

Bone averaged 13.5 points and 5.8 assists per game in his junior season for Tennessee and will look to leverage his elite athleticism into an eventual spot in Detroit’s big league rotation.