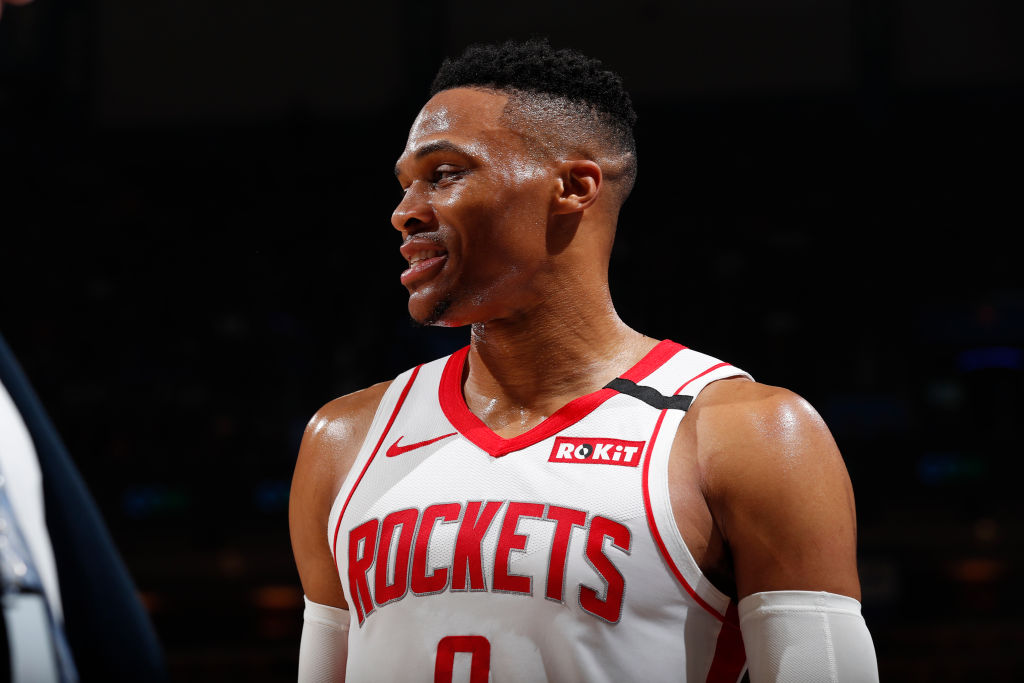 Welcome to the first edition of SLAM’s player appreciation series. This weekly Saturday column will single out a new player each week that deserves to be recognized for their accomplishments. From role players to superstars, there is plenty of respect to be doled out, and everyone is fair game. This week’s player? Russell Westbrook.

Russell Westbrook is many things on the surface: an MVP, a nine-time All-star, an eight-time All-NBA selection, a two-time leading scorer, and the only player in NBA history to average a triple-double in three straight seasons.

He’s brash, supremely confident, determined, ferocious and one of the most competitive athletes the league has ever seen. He brings 100% energy and effort no matter if it’s a prime-time national TV game, or a random Monday night against a bottom five team.

He does not care what anyone thinks of him, his playing style, his leadership, his personality. None of it. If you’re his teammate, he’s going to support you until the very end. But if you’re his opponent? He won’t speak to you, and he’ll stop at nothing to destroy you.

Taking it all into consideration, it’s unsurprising that Westbook is one of the league’s most polarizing figures. Critics harp on his lack of efficiency, paucity of championships and low three-point percentages. Misinformed fans breathe life into the narrative that he is somehow a poor teammate, a statement rebuked by virtually all of his current and former comrades.

Take Victor Oladipo, for example, a player who thrived once he was traded away from OKC to Indiana. For some reason, his surge in virtually all the major statistical categories led people to believe he was unhappy playing with Russ, even though that couldn’t be further from the truth.

In an interview with Bleacher Report’s Yaron Weitzman during his breakout season, Oladipo was adamant that Westbrook was a close friend, and a key mentor in helping him become a better player.

“I learned so much from Russ,” Oladipo said. “Just his mindset, how relentless he is, those are things I’ve definitely taken with me.“

“I never played with a dude that dynamic before,” Morrow told Bleacher Report’s Jon Hamm. “So I think my game changed once we got on the same page and I realized like ‘yo, it’s different.’ He kinda motivated me to become even a better pro myself just by playing with him.”

Even though he was traded this past off-season, Russ will forever be loved in Oklahoma. He forged a genuine bond with the city. From the heartbreaking playoff defeats, exhilarating outbursts of superhuman athleticism and so many acts of kindness (such as Russell’s Reading Room), he endeared himself in the community. He was the one who stayed while other stars left or were shipped off. He missed only 14 combined games his last four seasons there, a microscopic number in today’s load management era.

And while he’s already had a fantastic career, this upcoming season still carried tons of importance. Could he mesh with another ball-dominant guard? At 31-years-old, would he still be athletic enough to sustain his playing style? So far, he’s answered those questions by simply dominating.

Westbrook has been consistently excellent this season. He’s one of only two players to average at least 27 points, 7 rebounds and 7 assists, the other being Slovenian sensation Luka Doncic. He’s scoring 1.17 points per possession coming off screens, which ranks in the 87th percentile league-wide.

“You can’t match the passion that [Russ] plays with,” James Harden recently told GQ’s Mark Anthony Green. “You can’t name another person who can match it. You know what I’m saying? That’s what makes him who he is.”

The Brodie has taken his game to another level ever since the Rockets traded away center Clint Capela, a move which has spread opposing defenses paper thin as they try to account for the arsenal of three-point marksmen the Rockets employ. During his time in OKC, Russ usually played alongside a non-shooting big (either Kendrick Perkins or Steven Adams) and a non-shooting wing (Thabo Sefolosha or Andre Roberson). Each of those players were phenomenal on defense, but their inability to consistently make (or even shoot) three-pointers led to a constantly cramped floor.

With his ability to turn on the jets in an instant and strength finishing around the rim, it’s not a shocker Russ has thrived in his new Rockets environment. As ESPN’s Tim MacMahon pointed out, he’s averaging 34 points on 56% shooting since Capela left town. In that timespan, the Rockets are obliterating opponents with Russ on the court by 18 points per 100 possessions.

There’s no doubt Russ has been phenomenal on the court this season, but part of his greatness has always been his off-court endeavors. He’s a private man, which explains his frosty relationship with the media. But consider some of his deeds that have reached the public’s ear: his Why Not? Foundation, which strives to inspire children and empower them to never give up, or the time his childhood friend Khelcey Barrs tragically passed away in high school and he took over doing Barrs’ chores at his grandmother’s house for the rest of the year.

Russ is not perfect, but nobody is. We all have flaws, but Westbrook’s are simply magnified under the unforgiving microscope of an audience that reaches millions. But he’s a superb basketball player, and an exemplary guy off the court. Let former teammate Enes Kanter sum it up for us.

“Ten or 20 years from now I’m gonna look back and say, ‘man, I played with that dude,’” Kanter said a few years ago. “I’m gonna tell my kids and tell my grandkids one day that I played with Russell Westbrook.”

Isaiah Freedman is a social editor at SLAM. He also works with the NBA Summer League, Syracuse Men’s Basketball team, and as an assistant player trainer for Chris Johnson Hoops.