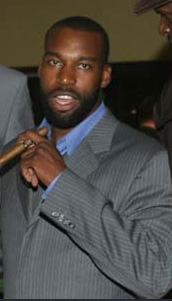 Ok Baron. I’m trying to spread the wealth here. That’s enough already! He has now taken home 3 of the first 13 Player of the D.A.Y. trophies. Last night Baron Davis had 36, 18, and 8. As I pointed out earlier, that means he contributed to at least 72 points, but a few of those assists must have led to three pointers, and some of his passes led to a player getting fouled and scoring from the line. He might have been responsible for 80 points. He is healthy and a serious frontrunner for MVP.

I don’t want to jinx anything and I feel like a jerk for even putting this out there, but I hope he can keep it up all season without breaking down.