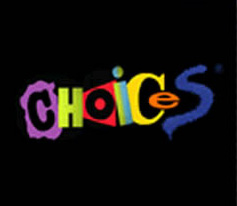 11 games last night. So many possibilites.

The big game of the night was Suns vs. Spurs, but other than Oberto cashing in off of passes into the post against that powerhouse interior D of the Phoenix Suns, no one player stood out. The Clippers sent the Mavs to 0-4, but that was more of a team playing well together. Great for the game and fun to watch, but that’s not how you win individual honors.

Neither of the buzzer beater shooters, Delonte West or Hedo Turkoglu, played well enough to win this. Paul Pierce had another great night, and he did have the assist to set up the game winner. But 12 turnovers is just too many.

Zach Randolph and Gilbert Arenas each had monster nights in wins for their teams.

I blew my shot to go with Jamal Crawford when I showed favortism to Q Rich the one other time the Knicks won a game. Great game Jamal. Terrible and amazing play at the end there. No trophy.

The winner is Chris Bosh, who lit up the box score with 29 and 14, and he hit both of his three pointers, including a desperation shot off a Webber deflection that travelled like a hot air balloon on its way to the basket. He also had what could have been the game winning shot before that on a jump hook. Bosh won the game about 8 different ways. After not hitting a regular season three in years, Chris showed that his hard work in the offseason has paid off. Not that he needed three point range to be a dominant player. But if he can step out and hit them like that… he would be very difficult to stop.