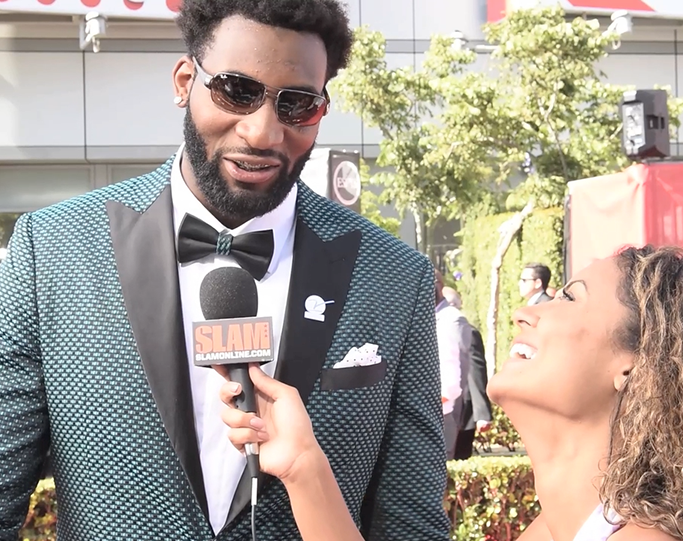 SLAM’s Alexis Morgan hit the red carpet at this year’s ESPYs to find out which NBA players are playing Pokemon Go, which players admit to sliding in the DMs, the biggest lie they ever told their parents as a kid and more.

Watch above and below as Kristaps Porzingis, Devin Booker, Myles Turner, Andre Drummond, Jordan Clarkson, Cameron Payne, Stanley Johnson give their thoughts on those topics as well as the biggest NBA free agency signing of the summer: Kevin Durant’s move to the Warriors. A handful of other celebs like NFL star Richard Sherman, NBA legend Julius Erving and comedian Hannibal Buress all stop by, too.