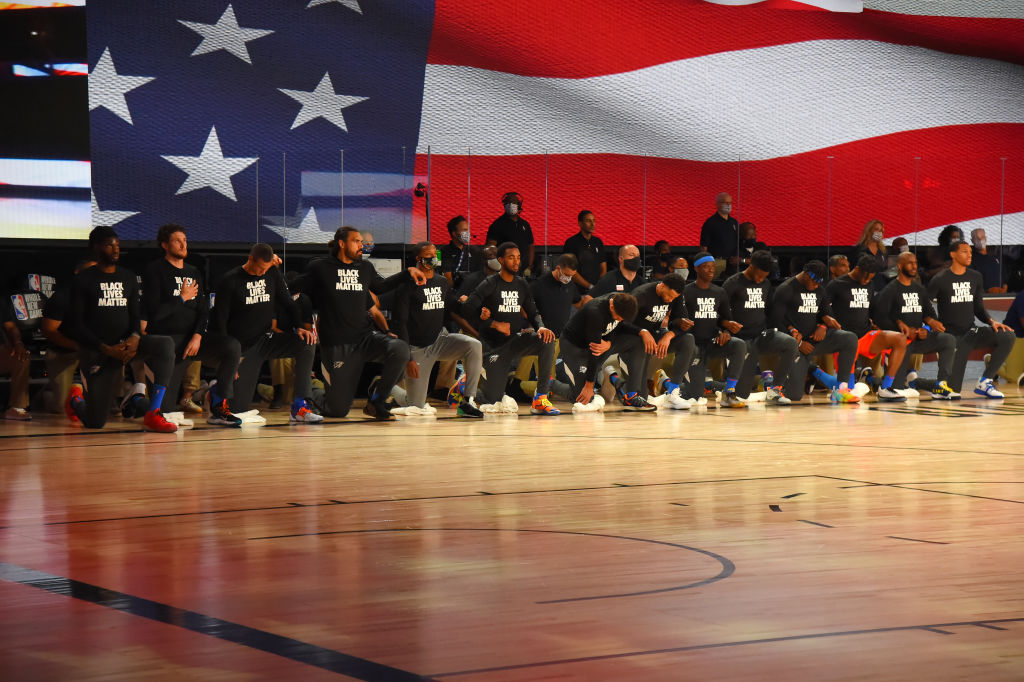 A politician in the state of Oklahoma floated the idea of taking away a tax incentive that the Thunder franchise has received for for over 10 years in the event that their players took a knee during the playing of the national anthem.

On Saturday, the Thunder did just that, much to the chagrin of representative Sean Roberts, the latest public official to take a swing at the NBA.

According to Jonathan Cooper of CBS’ Tulsa affiliate, Roberts released a statement prior to the team’s first restart game, suggesting that the state could re-examine a tax incentive that the team is scheduled to receive through 2024.

Through the decades-old Quality Jobs Act, the Thunder have received and would continue to receive tax relief in line with what other job creators across other industries have, the goal being to make the state of Oklahoma appealing to companies considering relocation (RIP: SuperSonics).

Roberts’ claim that the Black Lives Matter movement is anti-patriotic and tied to Marxism in an effort to, *checks notes*, destroy the nuclear family appears to have fallen flat. All Thunder player knelt during the anthem, as have the overwhelming majority of players across the 22 teams in the bubble.