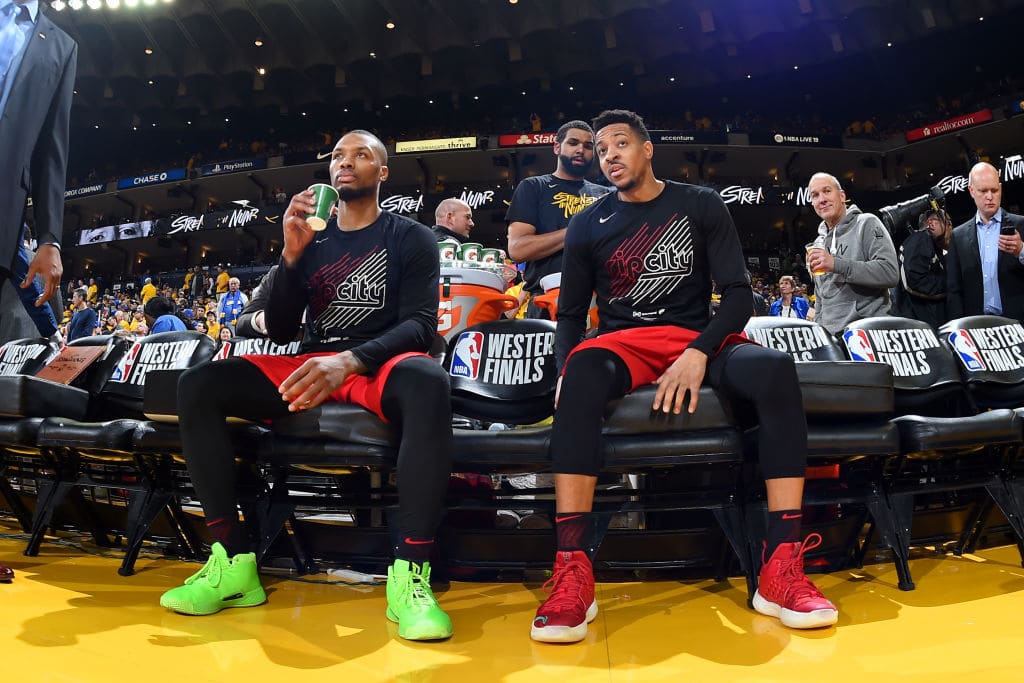 Damian Lillard and teammate CJ McCollum don’t have “the luxury” to sit out games this season in the brutal Western Conference.

McCollum adds that the Trail Blazers can’t load-manage their two stars the way the Toronto Raptors successfully did with Kawhi Leonard last season.

Portland’s braintrust will focus instead on giving Dame and CJ as much rest as possible in-between games.

“We’re not some big super team,” Lillard said. “So I don’t think we have the luxury to sit out, especially with how competitive the West is going to be.”

Added McCollum: “The race in the Western Conference is extremely tight. I don’t know if we can afford to Kawhi it, so to speak. You’ll Kawhi your way out of the playoffs.”

That said, it sure wouldn’t hurt the Blazers’ postseason aspirations to manage their stars. McCollum led the NBA in total distance run from 2015-18, a three-year stretch that saw him run a combined 634.20 miles during games. A late-season knee injury was the only thing preventing him from “defending his title” a year ago. And Lillard, who ranked fifth in the NBA last season in distance run (202 miles), looked gassed late in the 2019 Western Conference playoffs, a byproduct of playing longer than ever and carrying the Blazers after McCollum and [Jusuf] Nurkic suffered late-season injuries.

“We got to the Western Conference finals and I felt it,” Lillard said. “We hadn’t been that far and my body was tired. I was fatigued to the point where it was a real challenge. How I manage myself leading up to that point is going to mean everything.”

Related Damian Lillard: ‘Our Focus is to Win a Championship’