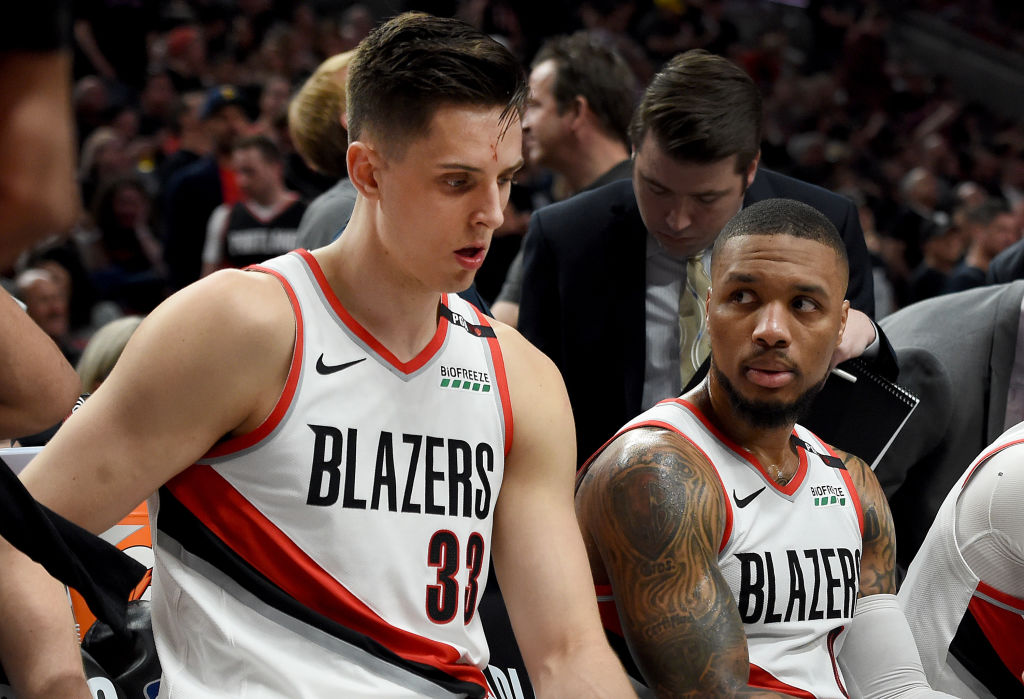 The Trail Blazers consider themselves the “best team” in the Western Conference, according to 21-year-old center Zach Collins.

“We never really consider ourselves underdogs,” says Collins, adding that they’re focused on winning a title.

Would you agree that you guys have embraced that underdog role and approach everything with that us-against-the-world attitude?

ZC: “Yeah. Like you said, every year since I’ve been here, the analysts say that we’re not even going to make the playoffs, and then we get the two-seed and three-seed back to back. So, to us, it’s just white noise. I mean, we don’t really pay attention to it. And if we do, it’s just motivation, like you said, embracing that underdog role. But we never really consider ourselves underdogs. We always consider ourselves the best team in the West, one of the best teams in the NBA. So for us, it’s not really ever like a conversation about how they’re counting us out and how we’ve got to prove them wrong. It’s always about how this is the year and we have the guys in the locker room to compete for a championship. So what they say about us, we don’t really converse about – we’re on our own path. Inside that locker room, we’re all together and we’re going into this season with one goal and that’s to win a championship, regardless of what everybody else is saying.”

There are quite a few teams that seem like legitimate contenders and it feels more wide open than in recent years. Would you agree with that?

ZC: “Absolutely. I think both conferences got a lot better. It’s been a while since there wasn’t – according to other people and analysts and talk shows and websites and everything – a clear-cut favorite. I know a lot of people are talking about the Clippers and Lakers. But again, those are two teams that, in the past, weren’t really up for talks about a championship. So even that right there just tells you how much has changed over the summer and how much better the entire league is going to be, not just one part of it.”