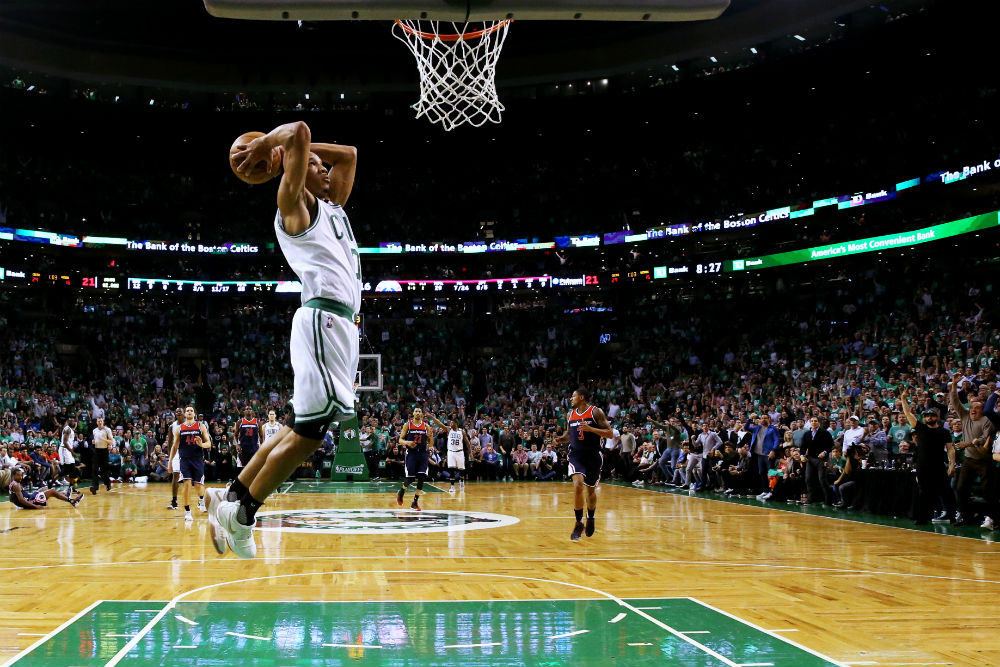 Boston got out to a great start, winning the opening quarter 33-21.

Fueled by a red hot Avery Bradley, they didn’t let up. AB had already notched a playoff career-high 25 points by halftime.

Avery Bradley’s 25 Pts in the 1st half were no easy feat. pic.twitter.com/xuZvngZ2fj

Big man Al Horford did a little bit of everything once again:

Not pictured: Wizards combined to shoot 2-12 when guarded by Horford 😳

Four of the five games have been blowouts, and the home team has yet to lose in the series. Will that remain the case Friday at the Verizon Center?