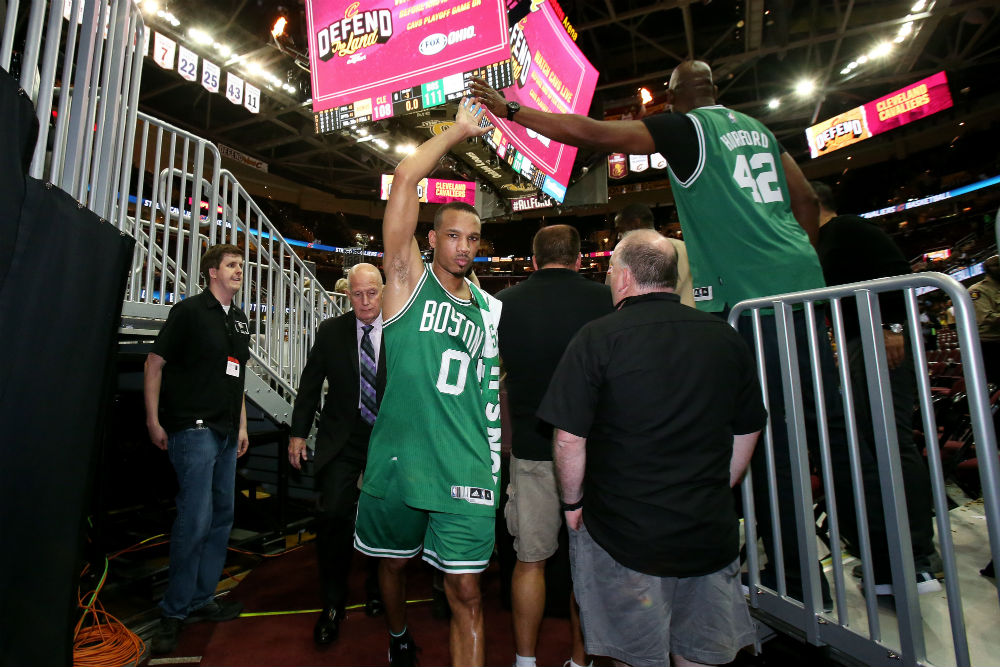 After the Celtics lost by 44 in Game 2, no one expected this one to be close, especially with Isaiah Thomas out. For awhile, it looked like another blowout. Kevin Love couldn’t miss, hitting seven three-pointers in the first half alone. Kyrie Irving had things going as well.

Cleveland’s lead grew to 21 POINTS in the third quarter.

But the Celtics never gave up. Behind Marcus Smart (career-high 27 points) and Avery Bradley (20 points), they fought their way back.

And with the score tied in the final seconds, AB DELIVERED:

LeBron James did not score in the final 16:31 of Game 3. pic.twitter.com/9ATvacf2iU

Game 4 is Tuesday. Tune in.