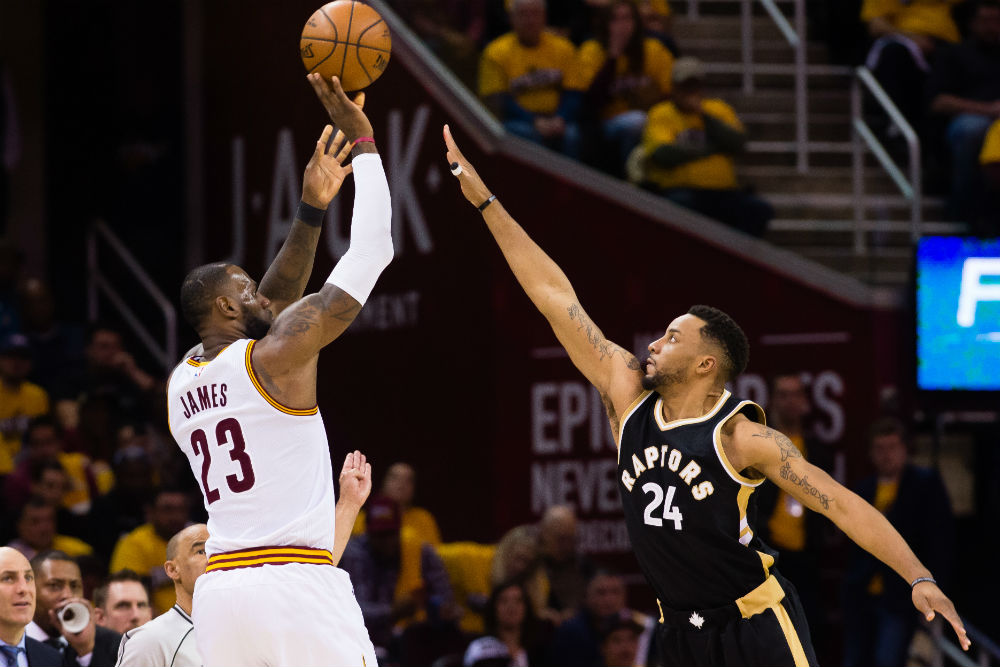 It was The King’s night in Cleveland.

LeBron James not only dropped 39 points, but also became the 4th player in playoffs history to reach 300 three-pointers and moved into 2nd on the all-time playoffs scoring list.

Only Michael Jordan remains ahead of the King. pic.twitter.com/1YstfsbjGv

He and Kyrie single-handedly took over this one in the third quarter, accounting for 36 of the Cavs’ 37 points. As a team, Cleveland shot 55% from the field and 55% from three.

The Cavaliers were dominant in Game 2. pic.twitter.com/PENKouHHV8

DeMar DeRozan really struggled to get going for the Raps, scoring just 5 points on 2/11.

Let’s see if he’s able to bounce back. Game 3 is Friday at the Air Canada Centre.

After an embarrassing performance in Game 1, the Spurs got their revenge Wednesday night.

It was a five-point game heading into the 4th quarter before San Antonio went off, winning the final 12 minutes by 20.

Unfortunately, it wasn’t a complete win for the Spurs. Point guard Tony Parker went down with a left knee injury in the fourth quarter, and it didn’t look good. An MRI is scheduled for Thursday.

Game 3 is Friday at the Toyota Center.