Post Up: Celtics Put the Clamps on Cavaliers, Dominate Game 1 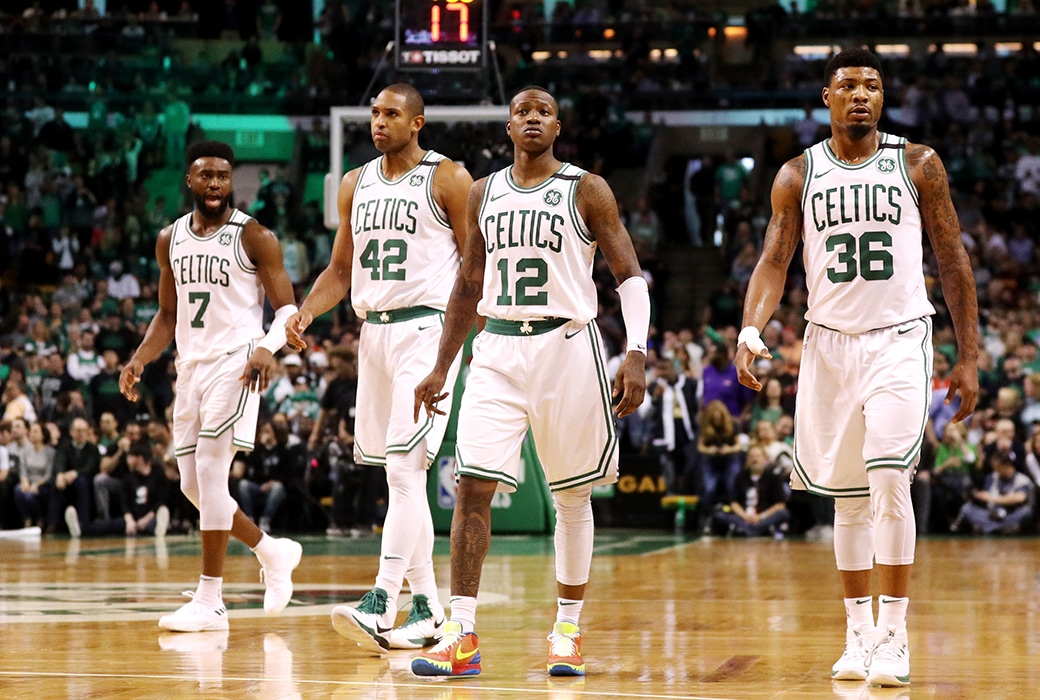 Boston was trailing 7-4 early in the first quarter. Then Al Horford and Jaylen Brown got going and the C’s started cruising. They jumped out to a 25-9 lead and finished the first half by holding the Cavs to just 35 points.

☘ caught 🔥 in the first quarter. (via @nbatv) pic.twitter.com/PrylI0n8hN

Brown scored 23 points and grabbed 8 rebounds, Marcus Morris added 21 points and 10 rebounds and Horford finished with 20 points. But the story of the game was defense.

Jaylen swatting shots and then pulling up easy. How you like dem apples?? (via @nba) pic.twitter.com/OIuSGAXI27

Morris, Brown and Marcus Smart led the charge to put the clamps on Cleveland. The Cavs shot just 4-26 from three-point land and converted on 12 fewer shots than the home team.

Jayson Tatum had 16 points, ending a streak of seven consecutive games where he scored at least 20 points. Terry Rozier handed out 8 assists for the Celtics, too.