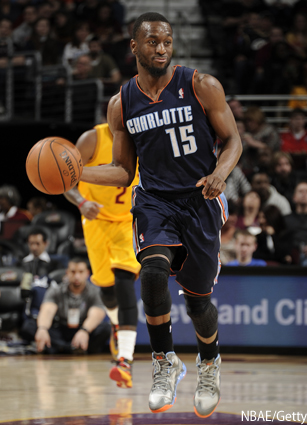 The Magic used a big 4th quarter run to take control of the game and take down the Wolves, who were without Kevin Love (back spasms). Tobias Harris (17 points, 6 rebounds, +26) and Victor Oladipo (16 points, 6 assists, +26) stepped their game up during the final quarter in which the Magic outscored the Timberwolves 28-15. Kyle O’Quinn (14 points, 13 rebounds, 4 blocks) played big down low while Moe Harless (17 points, 3-3 on 3-pointers) had the long ball going. This young team has a lot of potential if the right pieces can be put together. Ricky Rubio (18 points, 10 assists) had a double-double, as Minnesota fell back down to .500. They have straddled around .500 the entire season. After taking down the Heat in double overtime Friday night, the Timberwolves just seemed to run out of energy down the stretch. They shot 1-15 from deep. The Magic controlled the boards, outrebounding the Wolves 40-30.

The Bulls had one of their easiest wins of the season, jumping out to a 52-26 lead by halftime. This is a season low in the first half for the Wizards, who watched Trevor Ariza (2 points, 7 rebounds, 1-9 from the field) have one of his worst games of the year. During the 2nd quarter, Washington shot 5-22 (22.7 percent) from the field. For the Bulls,  D.J. Augustin (25 points, 6-11 from the field) and Joakim Noah (21 points, 12 rebounds) led the way as they’ve been doing since Luol Deng was traded to the Cavs. These two were responsible for 13 of their team’s first 15 points in the 4th quarter, helping the Bulls take hold of a 91-65 lead. Jimmy Butler (3 points, 6 rebounds, season-high 9 assists) struggled from the field but became a distributor. The Bulls had a 24-16 advantage in assists, as John Wall (20 points, 6 assists) and Bradley Beal (14 points, 5 assists) seemed to be the only Wizards interested in moving the ball. Chicago has now won five games in a row, currently the longest streak in the League.

Behind another strong performance from Al Jefferson (24 points, 15 rebounds, 2 blocks), the Bobcats found a way to clinch their second playoff berth in franchise history. This is the first time Charlotte is above .500 since the fifth game of the season. If the Bobcats find a way to finish around .500, head coach Steve Clifford deserves some serious recognition for Coach of the Year. They were able to pull off the victory in overtime due to some big buckets from Big Al, who scored seven points in overtime. Coming off his triple-double the night before, Kemba Walker (20 points, 7 assists, 3 steals) had another strong showing, making a 3-pointer with 32 seconds left in regulation play to take hold of a 82-80 lead. Kyrie Irving (career-high 44 points, 8 assists, 7 rebounds, 3 steals), though, was having a career game and responded with a jump shot to send the game into overtime. He was playing on another level Saturday night. Other than Dion Waiters (14 points, 3 blocks), Irving had little to no help offensively. Cody Zeller (career-high 11 rebounds) and Jefferson had an impact down low, helping Charlotte outrebound Cleveland 58-51. Chris Douglas-Roberts (9 points, 6 rebounds), who played the entire overtime, has been a great pickup for the Bobcats as he has made an instant impact since joining the team. Jarrett Jack (5 points, 1-8 from the field) has really struggled since being taken out of the starting lineup, now 10-30 from the field since the removal. The seventh-seeded Bobcats have a big game against the sixth-seeded Wizards (40-37) Wednesday night. With the win, they would take the season series 3-1 and take hold of the six seed.

Even though Detroit is going through a disappointing season, Andre Drummond (19 points, 20 rebounds) has been a bright spot and doesn’t have a clear ceiling yet. By grabbing seven offensive rebounds against the Celtics, Drummond became the first player this century to grab 400 offensive rebounds. The Pistons front office might not be completely sure what to do with Josh Smith (11 points) and Greg Monroe (21 points, 7 rebounds), but Drummond most assuredly will be a part of their team’s future. Pistons guards Brandon Jennings (20 points, 4-8 on 3-pointer) and Rodney Stuckey (team-high 26 points, 10-12 on free throws) provided a huge offensive punch while Celtics rookie guard Phil Pressey (12 points, 11 assists, 2 steals) had a hot start. Pressey assisted on six of the Celtics first seven baskets. Jerryd Bayless (25 points), Jared Sullinger (22 points, 10 rebounds, 5 assists) and Jeff Green (23 points) had big offensive games but struggled picking up fouls, combining for 10 fouls. The Pistons took advantage of this, shooting 30-36 (83.3 percent) form the free throw line. The Celtics used a 12-3 run to start the 2nd quarter t0 take a double-digit lead and eventually take a 65-55 lead into halftime. And after Pressey, Bayless and Sullinger knocked down four 3-pointers in the Celtics’ first seven possessions of the 2nd half, Boston held a 79-60 lead and seemed to be in control. But the Pistons suddenly couldn’t miss, going on a 31-13 run spanning over the 3rd and 4th quarter to take a 100-99 lead. After back-and-forth play the rest of the way, the Pistons closed this one out by holding the Celtics scoreless the final 2:51 and by making their free throws.

Kevin Garnett (10 points, 4 rebounds, 13 minutes) had a impressive game in his return after missing the last 19 games due to back spasms. It might not have been a commanding performance, but KG looked fresh and comfortable being back on the floor. If the Nets want to grind out some victories in the postseason, they will need Garnett to be at his healthiest and toughest. Six total Nets scored in double-figures, as they were led by Deron Williams (19 points, 9 assists, 4 rebounds). In the final three minutes of play during which the Nets had to stave off Michael Carter-Williams (12 points, 11 rebounds, 5 assists) and Hollis Thompson (18 points, 6-8 on 3-pointers), who made two late 3-pointers, D-Will converted a four-point play, handed out two assists and went 3-3 from the free throw line. As a team, Brooklyn controlled the paint, outscoring Philly 60-40 in the paint. The Nets, though, almost blew a huge lead as they led 67-46 early in the 3rd quarter. After Thaddeus Young (20 points, 5 rebounds) led a 13-4 3rd quarter run by the Sixers that allowed them to get back in the game, they eventually got within single-digits late in the game. However, Williams kept the Sixers from making a full comeback. The Nets have a big game Tuesday night against the Heat (52-23), a potential second-round playoff opponent. If the Nets win Tuesday, they will have swept the season series against the reigning champs.

Toronto might have let Milwaukee hang around in this one, but behind 7-7 free throw shooting to finish the game, the Raptors picked up an ugly win and handed the Bucks their franchise-worse 63rd loss.Without starters Kyle Lowry (knee) and Amir Johnson (ankle), DeMar DeRozan (23 points, 9-10 on free throws) and Jonas Valanciunas (17 points, 13 rebounds) had to carry the load while Greivis Vasquez (26 points, 4 assists, 10-15 from the field) really stepped up his level of play. He hit a 3-pointer midway into the 4th quarter that gave the Raptors a 86-84 lead, a lead they wouldn’t give up the rest of the way. However, Toronto looked like a different, sloppier team during the first half, trailing 56-47 going into the locker room. John Henson (23 points, 9 rebounds, 6 assists, 3 blocks) was a force during this first half and throughout the game, looking like the player many thought he could be going into this season. Ramon Sessions (13 points, 10 assists) and Jeff Adrien (19 points, 12 rebounds) each posted a double-double. After halftime, the Raptors came out moving the ball much better and went on a 17-4 run to take the lead. They will now get three days of rest before playing the Sixers (17-60) Wednesday night.