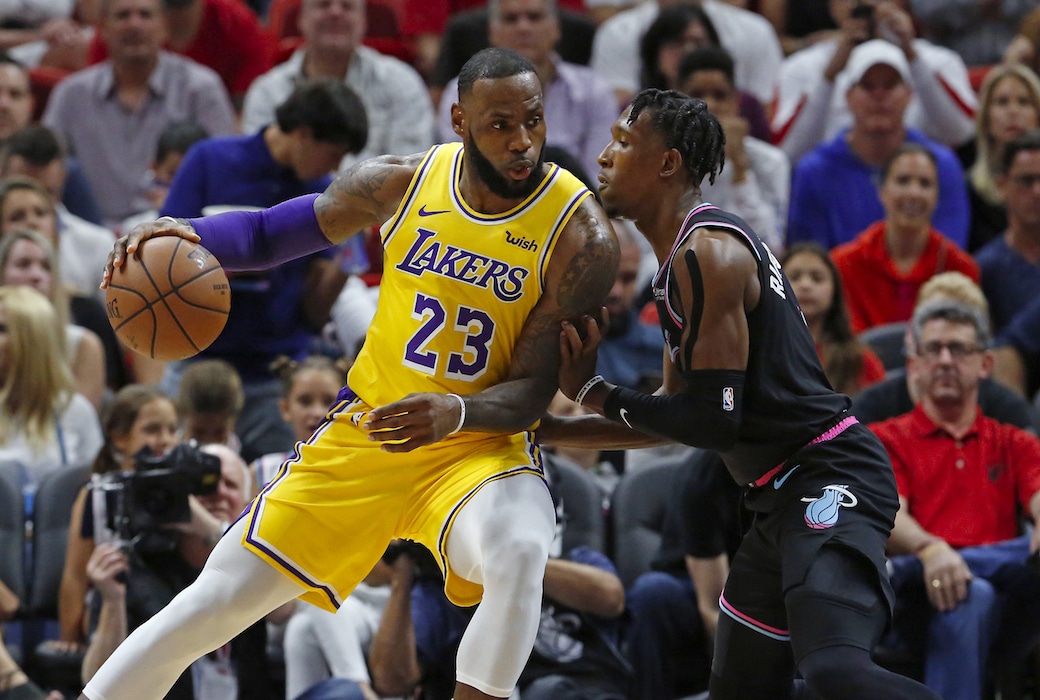 LeBron James lit up Miami for a season-high 51 points tonight after Saturday’s disappointing loss to the Magic. James, who notched his 12th career 50-point game, hit six three-pointers in 38 minutes. He caught the hot hand scoring 19 first-quarter points. Kentavious Caldwell-Pope contributed 19 points off the bench as the Lakers prepare for James’s return to Cleveland on Wednesday.

Marc Gasol was one assist short of a triple-double (26 points, 13 rebounds, 9 rebounds) to lead Memphis to the road win. Mike Conley and rookie Jaren Jackson Jr. contributed with 18 and 13, respectively. Karl-Anthony Towns and newcomer Robert Covington had 15 apiece for the Wolves.

The Magic went 2-for-2 on the weekend to protect their home court. Aaron Gordon scored 20 of his 31 points in the first quarter, Nikola Vucevic finished with 28, 10 and 9 and Jonathan Issac chipped in 16 points as the Magic, who’ve won their last seven of nine games.

Damian Lillard erupted for 40 points in the nation’s capital as the Blazers snapped a two-game losing streak. Lillard’s backcourt mate C.J. McCollum dropped 25 and Jusuf Nurkic had 13 points, 14 rebounds and a career-high 8 dimes.

.@Dame_Lillard messed around and had a 40-piece in DC. 💪🏽 (via @NBATV) pic.twitter.com/8QIl7pIChC

Despite having 8 points, Patty Mills nailed a dagger down the stretch to put the Warriors away. LaMarcus Aldridge led all scorers with 24 points and DeMar DeRozan dropped 20 points. Rudy Gay contributed 19, including a rim-rocking dunk in the first half.