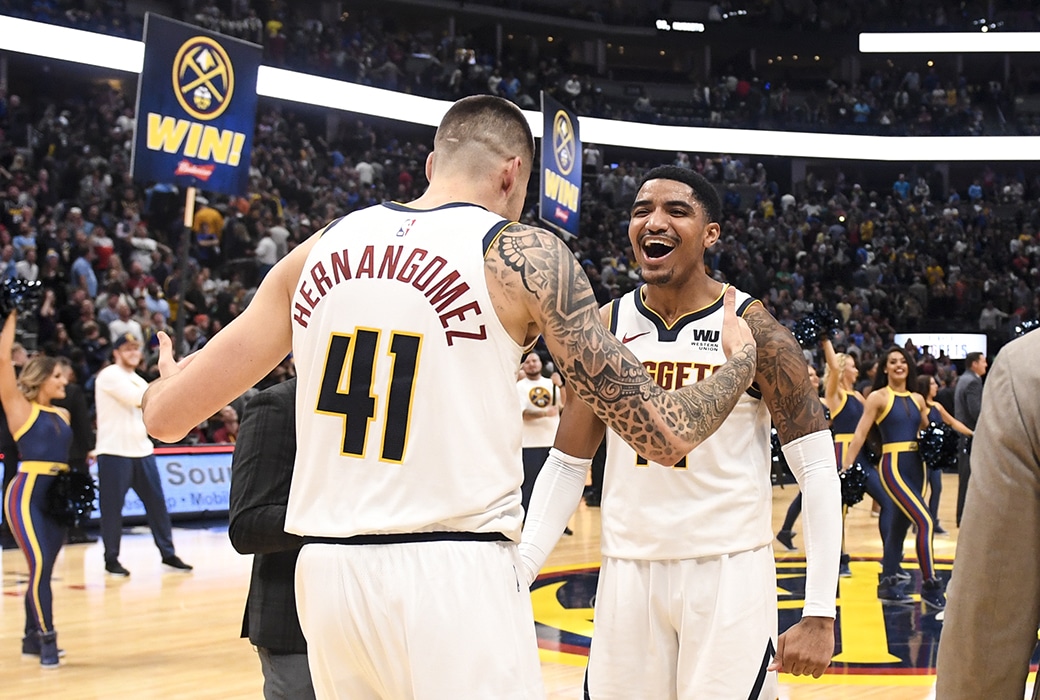 The Nuggets outscored the Warriors by 12 in the third quarter, only for the Dubs to storm back in the fourth. Juancho Hernangomez saved the day for DEN, swatting a potential game-tying layup.

JUANCHO. GET THAT ISH OUTTA HERE. (via @nba) pic.twitter.com/0zyxUzRKxO

After trailing 22-7 in the first quarter, the Hawks came through with a second half haymaker. They rallied behind Trae Young‘s best game yet. The rook went off for 35 points and 11 dimes, leading a convincing comeback.

Watch the tape. Trae Young was ready for tonight. (via @NBATV) pic.twitter.com/vxLAl1czp0

The Kings had seven players score at least 11 points. Iman Shumpert and De’Aaron Fox were especially potent, combining for 48 points, 14 assists and 4 steals between them. SAC took control in the second half, outlasting 61 combined points from Russell Westbrook and Paul George.

You can take this one to the bank–De'Aaron Fox is gonna be a SUPERSTAR. (via @SacramentoKings) pic.twitter.com/ADb3oewgVG

James Harden had 31 points and 14 dimes to counter a huge third quarter by the Clippers. Harden had a shot to tie the game from the left wing but he missed it.