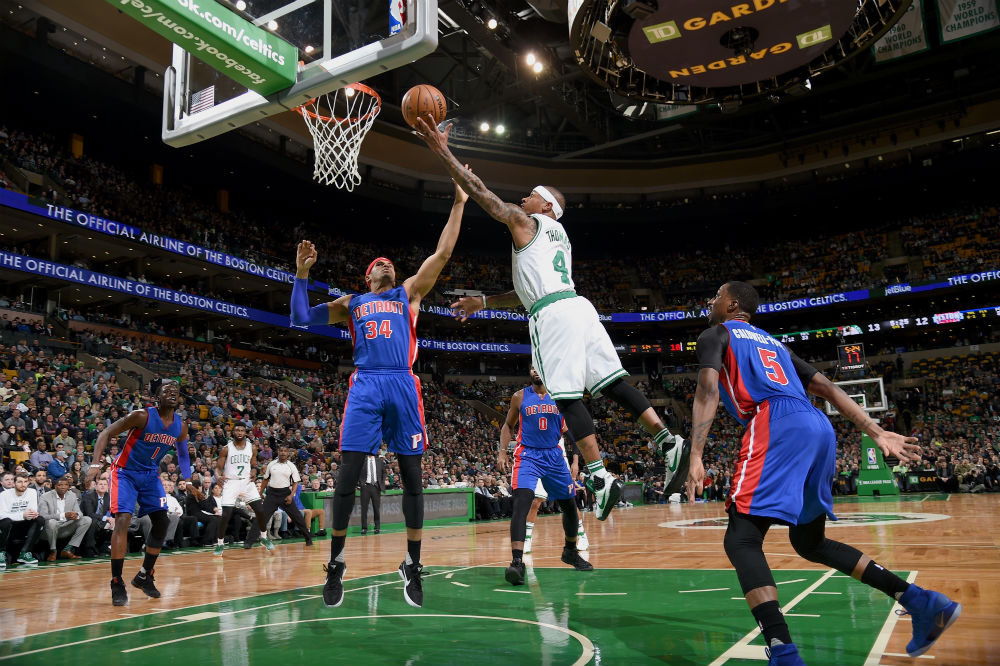 This game was originally scheduled for Nov. 30, but got postponed due to condensation on the court at Wells Fargo Center.

After trailing by seven at the half, the Embiid-less 76ers fought their way back. Check out how they finished an impressive third quarter:

Robert Covington led the way with 23 points and 10 boards. Boogie went off for Sacramento, posting 46 points, 15 rebounds, and 5 assists.

Don’t look now, but the Heat have won eight games in a row. Behind solid performances from Dragic (20p/8a) and Waiters (19p/9a), Miami held on to a four-point halftime lead. James Johnson put the exclamation point on it with a nasty putback.

Looks great on video too! pic.twitter.com/yiBwcnfgqM

The Nets really struggled from deep, connecting on just 4 of 26 three-point attempts (15.4%).

The Timberwolves got big games out of Wiggins (27p), Rubio (22p/8a/8r), and Towns (23p/12r/7a), and managed to secure their 19th victory in overtime. Ricky hit a career-high six three-pointers and Wiggins put another defender on a poster. It seems that the young core is finally figuring out how to win, as Minnesota has taken eight of their last eleven.

Mr. Fourth Quarter, Isaiah Thomas, had 24 of his 41 total points in the final twelve minutes, helping his Celtics to get the win at home. With an average of 32.9 points per game in January, Thomas just finished the third best scoring month in Celtics franchise history. Andre Drummond was a monster for Detroit, posting 28 points and 22 rebounds. Boston has won four straight, while the Pistons have lost their last three.

Cleveland’s struggles continued, as they fell to 7-8 in the month of January.

For the 1st time in more than 10 years, LeBron had a losing record in a calendar month.

His rivals in the West have had less trouble. pic.twitter.com/yheasIuRyo

Kyrie had some flashy moves, but shot a poor 7/21 from the field. The King flirted with a triple-double (23p/9a/9r), but it wasn’t enough with Kevin Love sitting out. Barnes led the Mavs with 24 and 11 rebounds. Dallas just beat the Spurs and the Cavs on consecutive nights.

It was the Mike Conley show in Phoenix, as the point guard put on an offensive clinic: 38 points on 12/18 from the field and 7/10 from three, including 9 assists. Memphis led by 11 at the break and never looked back. Phoenix struggled against the Grizzlies’ tough defense, connecting on just 41.9% of their shot attempts.