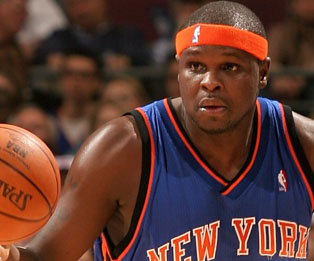 –Now that Shaq has all but declared when he’ll begin his second career as a cop, how many kids do you think, two years from now, will begin doing little things (loitering, jaywalking, drinking out of an open container on the street) on purpose in order to try and get arrested by Officer Shaq? My guess is there will be a lot of high school kids (not the obscenely rich kind profiled on the CW) that fit the bill.

–For those of you who weren’t aware, during the Olympic Gold Medal Game Juan Carlos Navarro’s runner was actually Usain Bolt.

–Can’t wait ’till Mario Chalmers brings the ball up the court and initiates the Heat offense by passing to the left. If you get thrown out of the rookie transition program, you are hereby guilty until proven innocent, and all weed/bimbo jokes are fair play.

–Speaking of the Knicks, when I went to see my best friend from high school recently, he said he found something in his grad school dorm that I could have. He built it up, and sounded genuinely happy to have found this for me. I got all excited. He gave me a nylon Starbury long sleeved jacket. I nearly killed him.

For real, though, I hope Starbeezy lands in Miami so that we can find out in the third season of Burn Notice that it was Steph who actually framed Michael Westen.

–Please pour out some Old Speckled Hen for the now retired Pat Garrity.

–Got a text message from a good friend on Sunday night. He was on an Amtrak Acela train (ticket price: the Charlotte Bobcats payroll) going from DC to NYC. Sitting in front of him was Dikembe Mutombo. Two things are strange about this:

1) An acela train seems way too fast for Dikembe. How could he possibly even see what he could wag a finger at (cows grazing, Joe Biden’s house, Baltimore, etc.) out of the window.
2) He was sitting in coach. Now, I understand that Dikembe Mutombo is an incredibly generous person that would rather donate than spend money on himself, but if you’re 7 feet tall and you have the extra dollars to spend, how can you possibly ride in coach? If his back acts up next year, we’ll know why.