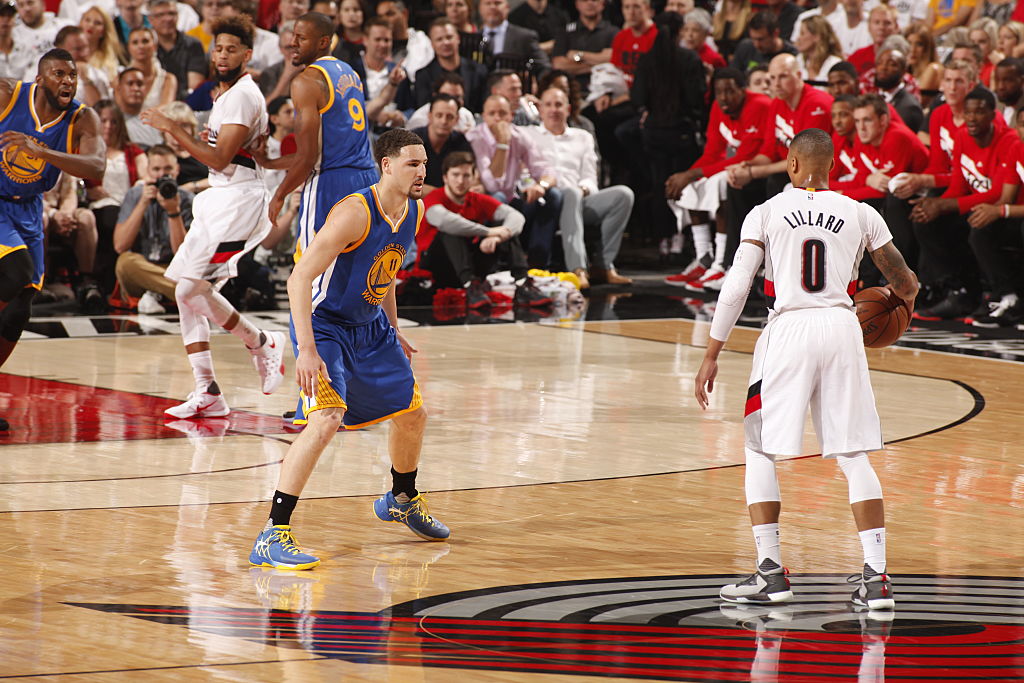 Golden State may have received a combined 72 points from Klay Thompson and Draymond Green, but Damian Lillard’s 40 points (a postseason career-high) helped Portland defeat the Stephen Curry-less Warriors. Also helping the cause were Al-Farouq Aminu and C.J. McCollum, who each dropped 20+ points in the W.

Al-Farouq Aminu throwing it down over Andrew Bogut!https://t.co/zXhicsJTmw

The Warriors’ lack of depth behind Stephen Curry was on display in Saturday’s defeat; Shaun Livingston, Andre Iguodala, and Leandro Barbosa combined for just 16 points. After being sidelined for tonight’s defeat, Curry is hopeful to play Game 4.

Shaun Livingston taking it to the rim! #NBAPlayoffshttps://t.co/giPe2sCiv9

After scoring a combined 25 points in each of his last two games, Kyle Lowry stepped up for a masterful 33-point showing (including a 5-of-8 clip from downtown) in Game 3, helping stave off Dwyane Wade (38 points) and the Heat.

Toronto’s attention will now turn to the health of big man Jonas Valanciunas. After spearheading the Raptors’ offense in Games 1 and 2, Valanciunas notched a double-double before the end of the first half. The Lithuanian would suffer a sprained right ankle in the second half, however, making him questionable to play through the remainder of the series. Bismack Biyombo stepped in to grab five boards in Valanciunas’ absence.