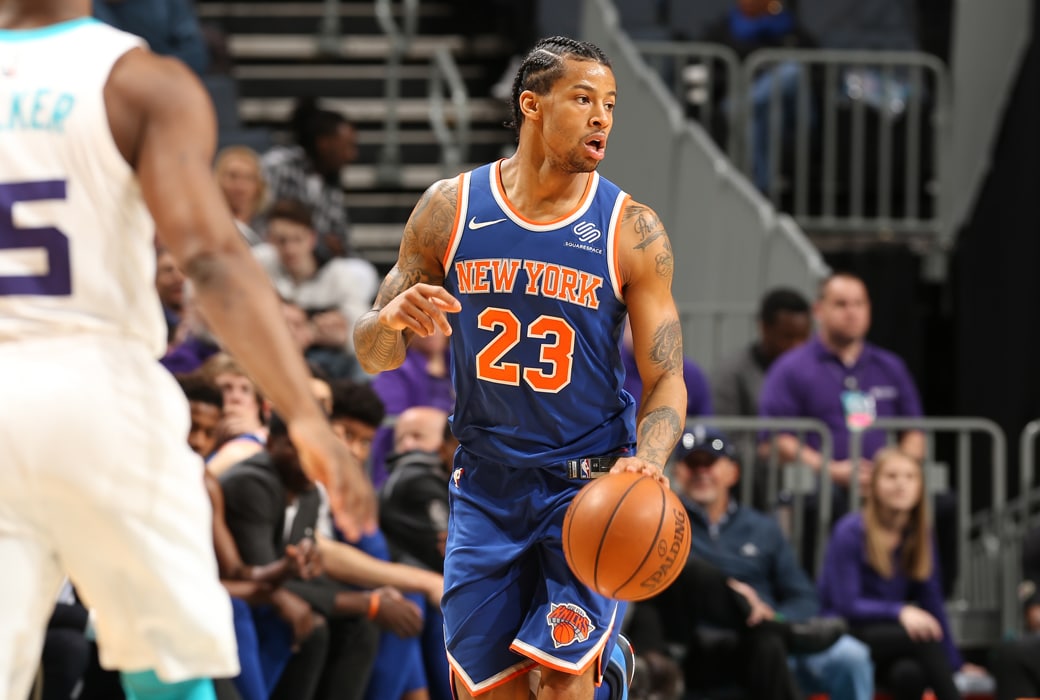 Kemba Walker and Trey Burke, making just his second-ever start with the Knicks, went at it for five periods–Burke finished with a game-high 42 points and dished out 12 assists, but it was Walker who rose to the occasion in overtime as he scored 11 of his 31 points in the extra period to secure the dub.

Michael Beasley added 27 points for the Knicks and Dwight Howard had 23 points and 13 rebounds for the Hornets.

Career-high 3️⃣4️⃣ and counting for Burke 👀 (via @nyknicks) pic.twitter.com/JHlvEuDSaP

The Knicks have scored on 100% of plays drawn up by Tim Hardaway Jr. 👀 (via @espnnba) pic.twitter.com/7ZY3A27UQD

Drummond finished the night with 18 rebounds, making it the third straight game he’s hit that mark.

Lonzo pulling out that Chino Hills stepback 👀 (via @lakers) pic.twitter.com/1guE2aBeOY

The Nuggets led by eight at the intermission, but the 76ers’ 72-point offensive barrage in the second half effectively put the game to bed. It was a collective scoring effort for the Sixers as Dario Saric and Joel Embiid each scored 20, J.J. Redick dropped 19 and Robert Covington added 18. Ben Simmons stuffed the box score with seven points, 13 rebounds and 11 assists.

Markelle Fultz became the first player to have 10 points, eight assists and four rebounds in 15 minutes or less in over 50 years as he played for the first time since Oct. 23.

The loss moved Denver a full two games behind Utah for eighth place in the Western Conference.

And that didn’t take long: Markelle Fultz’s first bucket of 2018!

Marc Gasol turned back the clock as he recorded 20 points, 10 rebounds and six assists as the Grizzlies picked up the second win of their past six contests since snapping a 19-game losing streak. Wayne Selden added 23 points off the bench on 9-for-14 shooting.

Karl-Anthony Towns and Anthony Wiggins‘ shooting struggles continued as the duo went 12-for-30 from the field.

The Suns received a major boost to their lottery ball odds as their 12th straight loss moved them in front of the Memphis Grizzlies for worst record in the NBA. Josh Jackson was the lone bright spot for Phoenix as he scored 23 points on 9-for-15 shooting from the field, bringing his points per game average to 20.7 since March 13.

Jayson Tatum became the ninth rookie in Celtics history to score 1,000 points as he finished the night with a team-high 23.