Post Up: DeMar DeRozan Scores 36 Points Against the Blazers 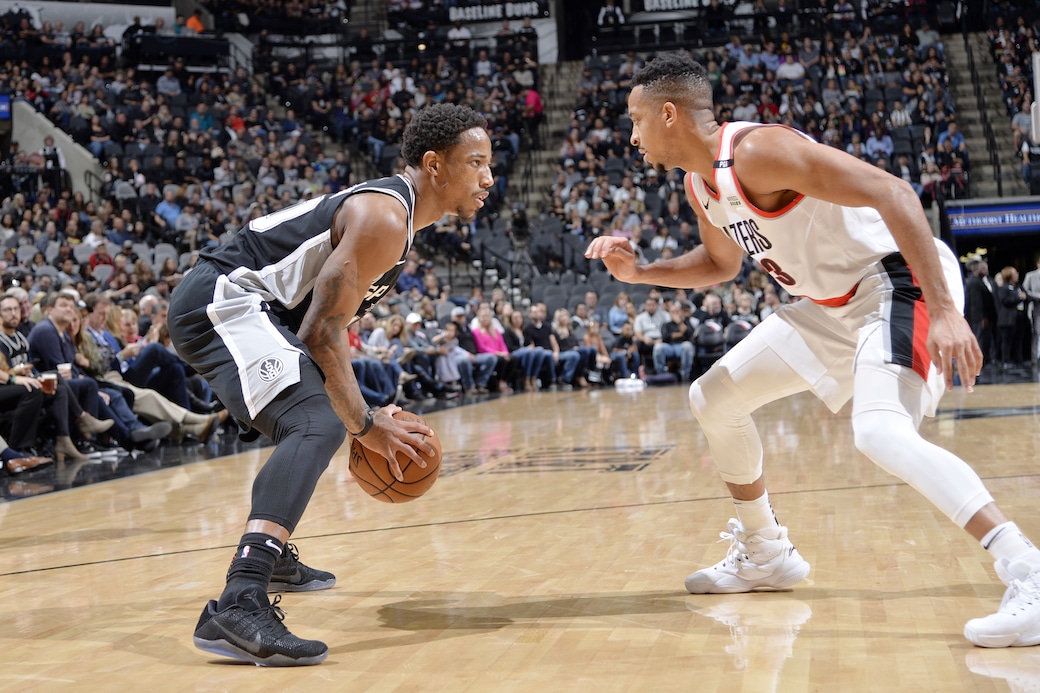 Kyle Kuzma (23 points) and LeBron James (22 points) were the Lakers’ leading scorers as the pair sat the fourth quarter in Sunday’s rout at home. Micheal Beasley, who’s been inserted into the rotation again, scored a season-high 14 points. Devin Booker left the game in the second quarter with a hamstring injury.

Never gets old. (via @Lakers) pic.twitter.com/2Zj8txTzI4

Anthony Davis feasted in Charlotte with a near triple-double: 36 points, 19 rebounds and eight assists. Jrue Holiday chipped in 19 points and eight dimes as well, and Julius Randle dropped 13 points off the bench.

Every time they step on the floor, the Sixers are looking like one of the top favorites in the East with the addition of Jimmy Butler. Butler was the second-leading scorer with 21 points behind JJ Redick’s 24 in the home win. Ben Simmons (19 points, 12 rebounds) and Joel Embiid (15 points, 14 rebounds) posted double-doubles, respectively.

Late in the game with the game tied at 100, Dwyane Wade knocked down two free throws to give the Heat the two-point lead at American Airlines Arena. Hassan Whiteside had 23 points and 20 boards. Ricky Rubio was Utah’s leading scorer with 23.

DeMar DeRozan erupted for a season-high 36 points in San Antonio, dissecting the Blazers’ defense in the mid-range area. LaMarcus Aldridge (29 points) and Rudy Gay (18 points) were the two other starters in double figures.

DeMar in the mid-range … yeah, that’s a bucket. So smooth. (via @NBA) pic.twitter.com/ytysq0p57w

Dennis Smith Jr., who lost a tooth in the first half, made a huge block on Tobias Harris in the fourth quarter. Harrison Barnes led all scorers with 30 and JJ Barea was huge off the bench to contribute 24 points.

Dennis Smith Jr with the block! 🚫 Peep Luka’s reaction though. 😂 (via @NBATV) pic.twitter.com/SlS64LB2j1