Post Up: Andre Ingram Captivates And The 76ers Keep It Going 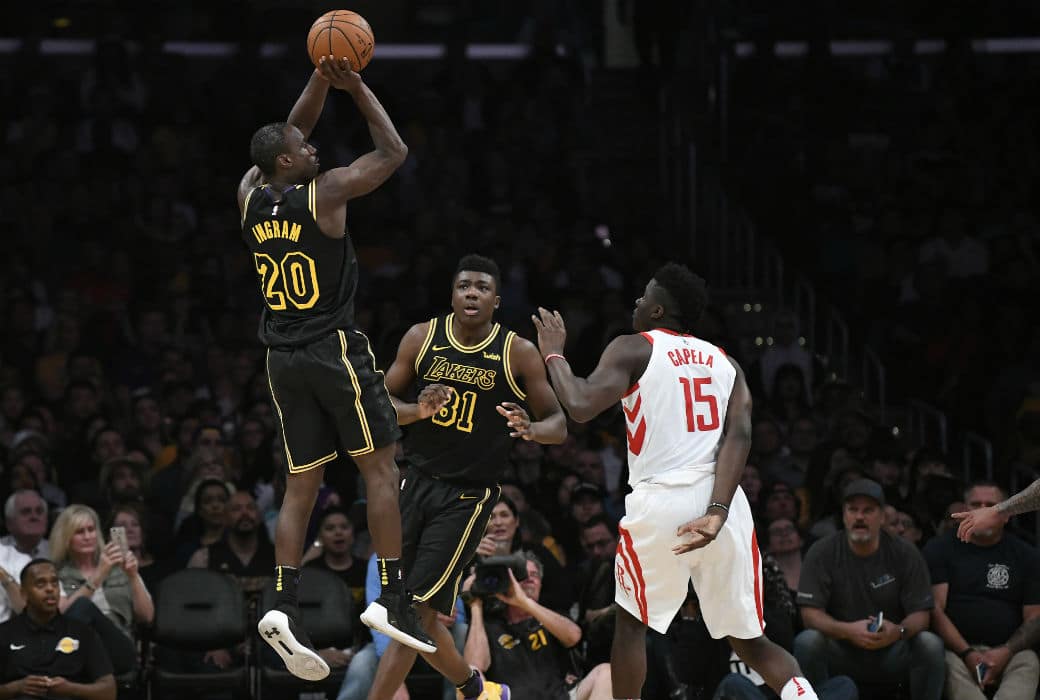 With Victor Oladipo, Bojan Bogdanovic and Thaddeus Young all sitting out of a meaningless regular season finale — the Pacers are locked in as the 5th seed — Indiana played like a team just waiting to start the postseason. The Hornets took advantage, scoring 37 first quarter points en route to an easy win.

15 in a row. Thanks to 15 threes (and 74 points) from the trio of J.J. Redick, Marco Belinelli and Ersan Ilyasova, the 76ers held off the Hawks to set a franchise record for longest winning streak. Even Dario Saric leaving the game early with a chipped tooth couldn’t stop Philly as the 76ers set team history.

We’ve got a Trust the Process chant in Atlanta tonight as the Hawks make an attempt at the stripe. pic.twitter.com/QzPOpy37bZ

If Philly wins tomorrow night against the Bucks, the 76ers will be the No. 3 seed in the East. But, if they lose and the Cavs beat the Knicks, the 76ers will slip to No. 4. Taurean Prince (27 points) paced Atlanta in the Hawks’ final regular season game.

With nothing to play for — and Kyrie Irving still out — the Celtics faded away after a strong opening frame as the Wizards, trying to get into some sort of rhythm before the playoffs, got a huge game from John Wall (29 points, 7 rebounds, 11 assists) in a much-needed W. Washington is currently the No. 8 seed but is tied with the Heat, so a Miami loss to the Raptors and a Wizards win over the Magic tomorrow would lead to a Wizards-Celtics first round matchup.

Jaylen Brown (27 points) led the way for the Celtics, who will be the No. 2 seed.

Prior to Tuesday, Suns rookie forward Alec Peters had scored 46 points all season. Then, he dropped 36 (on 8-of-13 three-point shooting) to close out Phoenix’s season on a relative high note — since the Suns already clinched the NBA’s worst record. It has been a lost season for both Phoenix and Dallas, and such was apparent by the lineups both teams used in their final games. Still, it’s really cool for a guy like Peters to have a career night when finally given an opportunity.

The only players in the @NBA this season to have at least 35 points, 8 rebounds, and 8 three-pointers…@petersalec and @JHarden13 pic.twitter.com/5MiDOo526h

Yeah, that score isn’t a typo. Utah dominated all night in a win that gave the Jazz the inside track to the No. 3 seed in the West. Golden State — without Steph Curry or Andre Iguodala but with the rest of the rotation mostly intact — only scored 33 points in the first half. A 40-point margin of victory for Utah didn’t even do the beatdown complete justice.

Donovan Mitchell (22 points) capped his incredible rookie regular season in fitting fashion by breaking Damian Lillard‘s rookie record for three-pointers with his 186th and he did it with another game to play.

The actual result of this game wasn’t the biggest story from it, with it affecting neither Houston’s playoff positioning nor LA’s lottery situation. That would be Andre Ingram, who spent 10 years in the G League before the Lakers called him up for the last two games of the regular season.

He promptly drilled his first four shots, including three triples, and wound up with 19 points (on just eight shots) in his NBA debut, along with three blocks. The 32-year-old Ingram is the oldest American rookie since the 1960s. His heroics weren’t enough to lead LA to comeback win but they did get the Staples Center crowd going nuts. Definitely one of the coolest storylines of the season.

In not-as-nice news, Luc Richard Mbah a Moute appeared to dislocate his right shoulder on a dunk attempt in the second quarter. It was the same shoulder he hurt earlier in the season. The Rockets really need his defense for the postseason, so a serious injury could be debilitating should Houston run into the Warriors down the road.