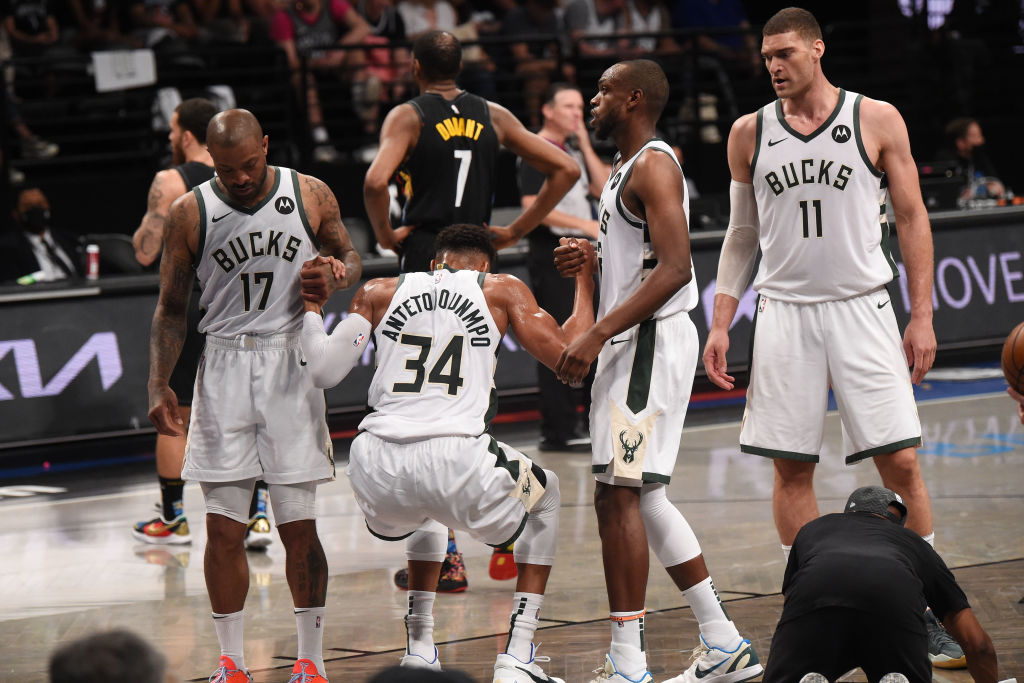 Monday night played host to two games that left a bit to be desired.

The early evening game saw a chance for the Milwaukee Bucks to rebound after a disappointing loss to the Brooklyn Nets in Game 1, while the Denver Nuggets and Phoenix Suns kicked off their first game of their semifinals series to end the night.

Milwaukee struggled to deal with the Nets’ offensive weapons in Game 1 but longtime head coach Mike Budenholzer and the Bucks looked no more prepared in Game 2.

By the end of the first quarter, Brooklyn had already jumped to a 36-19 lead, and at no point for the rest of the game did the Bucks ever look like they had a chance. The ever-lethal Kevin Durant was automatic for Brooklyn, scoring 32 points on 12-for-18 shooting while chipping in six assists. Kyrie Irving ended the night with 22 points (on 9-17 shooting) and six assists, and fellow starters Joe Harris and Bruce Brown each had 13 points apiece.

The Nets also get big minutes from their second unit, getting 38 points from seven different players on their bench (including 23 combined points from Landry Shamet, Nic Claxton and Mike James).

Despite Brooklyn not having All-NBA guard James Harden, Milwaukee still couldn’t find an answer on either end of the floor. No Bucks player scored at least 20 points, and two-time MVP Giannis Antetokounmpo finished his night with a team-high 18 points (on 8-15 shooting).

Though the Greek Freak was efficient, Milwaukee had another poor shooting night from distance, knocking down just 29.6 percent of their 3-point attempts in the game. All-Star forward Khris Middleton struggled the most, going 7-20 from the field and committing a game-high five turnovers.

The Nets, on the other hand, lit it up, going 21-for-41 from deep and took care of the ball, with just eight team turnovers to the Bucks’ 16.

Now down 2-0 against a team looking like the favorites to come out of the East, Milwaukee will have to find a way to close the gap before heading back home for Game 3 on Thursday night.

The Nuggets and Suns kicked off their first game of the Western Conference semifinals on Monday, and though the Nuggets did lose by a double-digit deficit, it was a closer game than its predecessor for the majority of the contest.

In fact, Denver entered the half with a 58-57 lead over the Suns but Phoenix shut down the Nuggets’ star frontcourt in the second half, allowing just 47 points over the last two quarters. Four players finished with at least 20 points for the Suns in Mikal Bridges (23), Chris Paul (21), Devin Booker (21) and Deandre Ayton (20) as Phoenix picked apart Denver’s defensive strategy.

Monte Morris had a solid series against the Portland Trail Blazers but it would be a game to forget for the Nuggets fan favorite, who played 23 minutes and scored two points on 1-for-10 from the field. A 47.9 percent shooter for his career, Denver will certainly be looking for more from Morris and company with a chance to even the series on Wednesday night.