The defending NBA champions were in playoff form in the season opener. 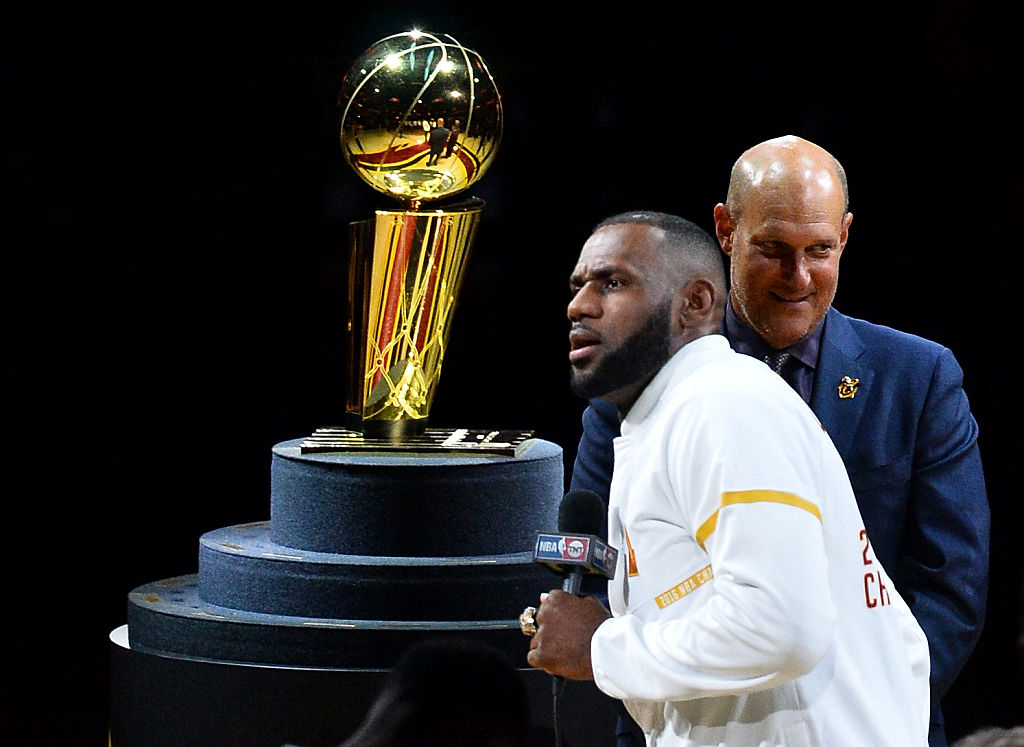 In a great all-around night for Cleveland sports, LeBron James led the Cavs to an opening night rout of the Knicks. James recorded his 43rd career triple-double, and the league’s first opening night triple-double since Jason Kidd’s in 2006. Kyrie Irving dropped a team-high 29 points, receiving little resistance from New York.

Eight Knicks made their team debut Tuesday, and- as could be expected- Jeff Hornacek has some kinks to work out. Courtney Lee and Joakim Noah were each scoreless, and Derrick Rose turned the ball over four times. The Knicks will next play at home against Memphis on Saturday.

For the duration of the third quarter, it looked as though Utah could run away with their home opener in Portland. New acquisition George Hill had six dimes to go with his 19 points, Rodney Hood delivered a rim-rocking poster slam, and Joe Johnson was automatic (12-16) from the floor. Damian Lillard would rally the Trail Blazers in the fourth, however, to a captivating come-from-behind win. C.J. McCollum pitched in 25 points, and third-year player Noah Vonleh looked to have turned a corner with his 11-point showing off the bench.

39 points for @Dame_Lillard, none bigger than this pull-up triple pic.twitter.com/8rUhpUUJKV

After the early excitement of seeing Kevin Durant score his first points with Golden State, there wasn’t much to cheer about in Dub City. Kawhi Leonard dropped a career-high 35 points for San Antonio, LaMarcus Aldridge secured a double-double and Jonathan Simmons seemed to be a nuisance for Golden State all night.

Jonathan Simmons putting the cherry on top of an opening night rout for @Spurs. https://t.co/L77ZB1dSEo

The Warriors will regroup for their next game against New Orleans on Friday.