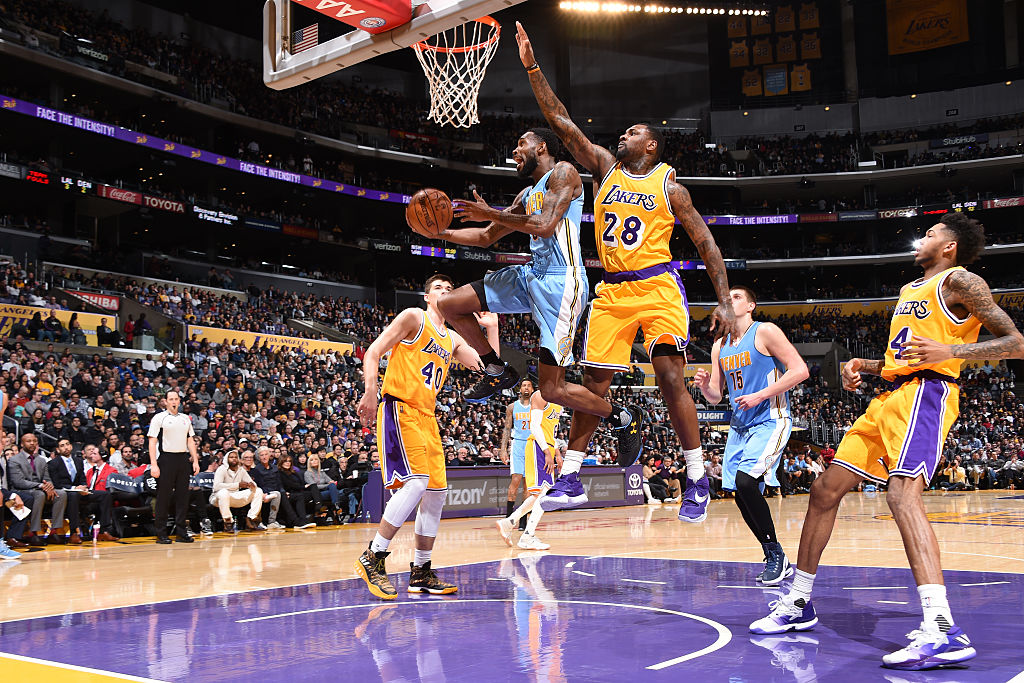 Despite James Harden’s 13th triple-double of the season (40p, 12r, 10a), Goran Dragic and the Heat earned their first victory since Jan. 4. Dragic tallied 21 points with eight boards and eight dimes, Wayne Ellington dropped 18, and Dion Waiters scored 17. The Rockets, who were without Ryan Anderson against Miami, will have a tough match-up with the Warriors on Friday.

ESPN has removed Heat vs Bulls from their January 27 NBA broadcast schedule and replaced it with Rockets vs Sixers.

No Kyle Lowry? No problem. DeMar DeRozan lit up the Nets for 36 points and Cory Joseph added a career-high 33, lifting Toronto to a franchise-best 28-13 record at the midway point of the season. Brook Lopez scored a team-high 28 points and rookie Caris Levert added 14, but the Nets’ 11-game skid continued.

Jimmy Butler was this close to playing hero in Tuesday’s match-up. “Buckets” knocked down a clutch jumper to put Chicago ahead with just 22.8 seconds left in regulation, before Deron Williams found Wesley Matthews for a game-deciding 3-pointer in Dallas’ final possession.

Wesley Matthews with the 🔪 in Chicago! pic.twitter.com/O0jY9k7FMG

On top of Matthews’ big shot, the eighth-year veteran received props for his elite defense.

Dirk: "I think [Wesley Matthews] is one of the best perimeter defenders we have in this league. … I don't think he's discussed enough."

Butler double-doubled (24p, 12a) and Robin Lopez added 21 in a tough loss for the Bulls.

The T’Wolves showed off their offensive potential in the early-going, netting 71 first half points. However, Kawhi Leonard and LaMarcus Aldridge were ultimately too much for Tom Thibodeau’s squad, scoring a combined 63 points in Leonard’s fourth consecutive 30+ point game. Karl-Anthony Towns and Ricky Rubio each double-doubled, but Andrew Wiggins was limited to just eight shot attempts on the night.

Defense wasn’t a priority for either team, as the Nuggets utilized a 13-2 first half run to maintain their lead for good at the Staples Center.

Will Barton was a perfect 5-5 from beyond the arc in a 26-point night, and Nikola Jokic was stellar in a 29-point, 15-rebound showing. Ivica Zubac was effective in his return from a D-League assignment, though he did get dunked on by Wilson Chandler: