Post Up: Brandon Ingram Erupts for Career-High 49 Points to Defeat Jazz in OT

Brandon Ingram had his best game yet as a pro. The young fella was unstoppable. 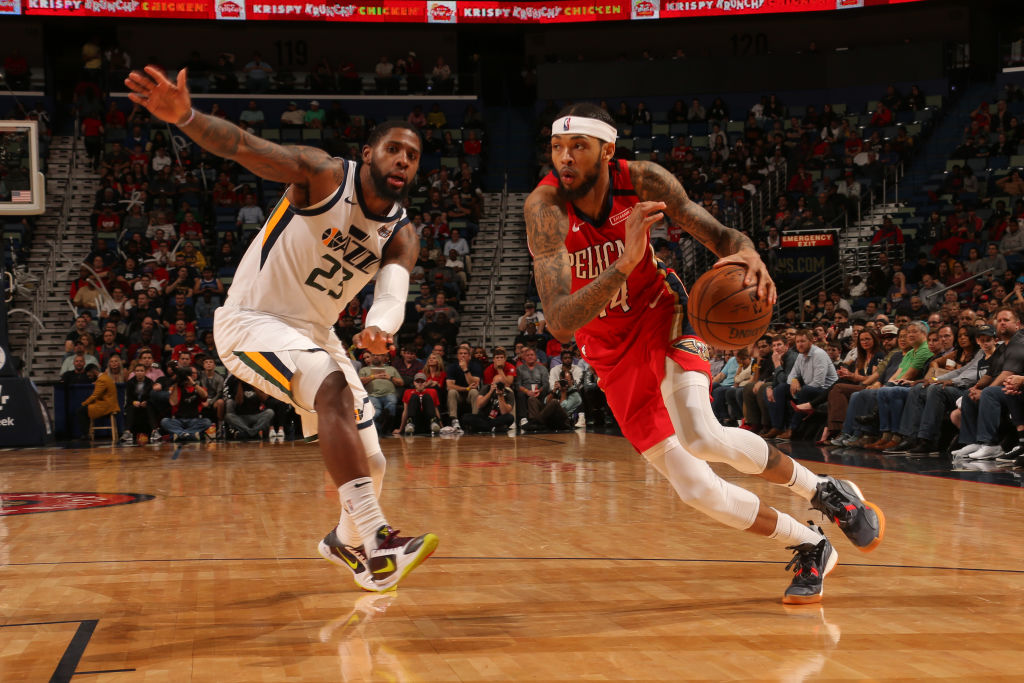 Granted, it was against the Knicks, but Phoenix has to be happy with the performance they just turned in. Center Deandre Ayton, who has spent a majority of his sophomore season either suspended or chasing smaller players around the perimeter, finally had a monster game again with stalwart center Aron Baynes out. Ayton had 26 points, 21 rebounds and 2 blocks, a true throwback center game.

Elsewhere, Devin Booker had an efficient 29 and Ricky Rubio was just having fun out there with 25 points, 8 rebounds, 13 assists and 4 swipes.

Despite a furious Celtics 4th quarter comeback, the Bucks got the dub, and further displayed that they may have the Celtics’ number this season. Giannis had 32 points, 17 rebounds and 7 assists (the fact that this stat line has become normal is simply unbelievable), Khris Middleton chipped in 23 and Donte DiVencenzo had 19 off the pine.

For the Celtics, Kemba Walker exploded for 40 and Jaylen Brown scored 24, but the Bucks were simply too much to handle.

Both Brandon Ingram (49 points) and Donovan Mitchell (46 points) had career-highs in this unexpectedly epic showdown. And even though the Jazz sent the game into overtime thanks to a Rudy Gobert free throw, Ingram sealed the deal in extra minutes. Also, shout out Derrick Favors (21 points, 11 rebounds, 2 steals and 3 blocks) for showing his old team he’s still a menace.

Well that was a surprise banger of a game.

Trailing for most of the game, the Nuggets rallied all the way back to force OT and secure the victory thanks to some clutch plays by Malik Beasley, Michael Porter Jr and Nikola Jokic.

With Jamal Murray nursing an injury, everyone stepped up. Beasley had 23 points to bring them back and Porter Jr had 18 (and some fantastic plays down the stretch). Then there was Jokic, who had 23 points, 12 boards and 8 assists, and Will Barton, who led the team with 31 points.

Add another win to the Clippers’ books. Despite having virtually one of their stars sit out ever game, LA still has a great record. Kawhi Leonard was his usual surgical self, scoring 32 points, grabbing 5 boards and dishing 5 assists.