Stephen Curry goes off for 51 in Washington, while KD hits a game-winner against the Magic. 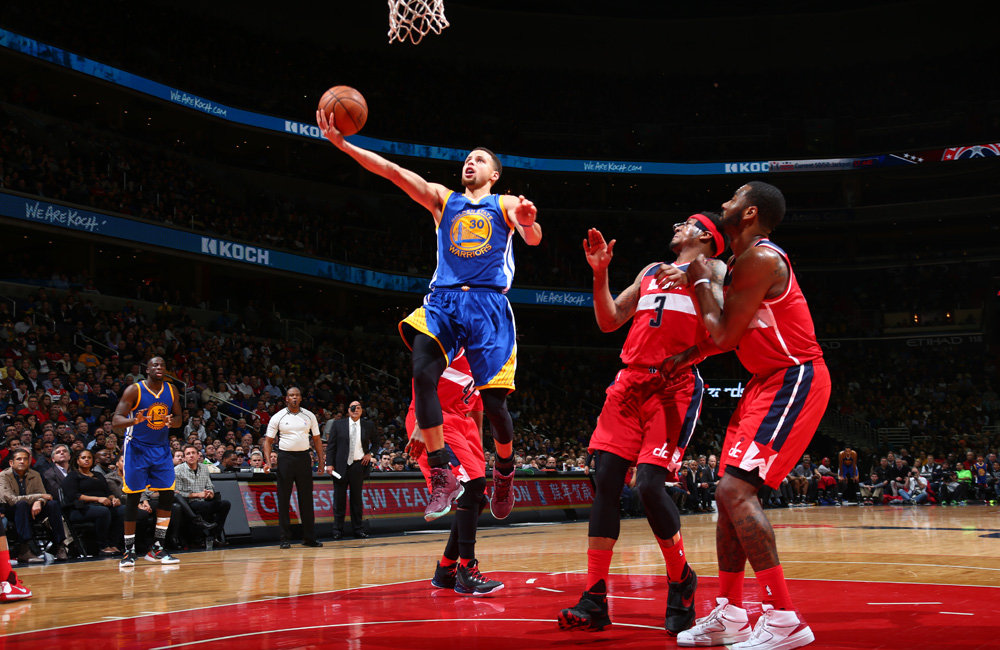 Filling in for the injured Kemba Walker, Jeremy Lin had 24 points as Charlotte rallied in the second half. Michael Kidd-Gilchrist was all over the court and gave the Hornets a versatility that they’ve sorely missed.

Talk about parody. Atlanta scored 124 points with no player dropping more than 13 points.

KCP left the game with a groin injury. His streak of 208 consecutive games—the second-longest active streak in the NBA—will almost certainly come to an end.

Stephen Curry scored 51 points, including 11 three-pointers, in another truly masterful performance. He shot lights out, especially in the first half, where he missed just one attempt and provided multiple jaw-dropping highlights:

Steph was so en fuego that he need to be cooled off a bit afterward:

Russell Westbrook recorded another triple-double in just 22 minutes, but it was Kevin Durant’s game-winning three with half a second left that gave OKC the win.

Hassan Whiteside returned from a six-game absence to score 10 points with 9 rebounds and 5 blocks in just 17 minutes. Of course, Whiteside protected the paint, but he also showed off some post moves:

LaMarcus Aldridge has been a beast since he deleted his social media accounts. LMA scored a season-high 36 points and held Anthony Davis to just 3 points in the fourth quarter.

After struggling to find his shot all game long, Derrick Favors made a crucial 11-footer with 1:28 to play and then grabbed a big offensive rebound to lead Utah to their fourth-straight win.

Trevor Booker boomed a pair of tomahawk jams in the first half as well:

Chris Paul pick up a late, controversial technical foul as Minnesota ended a 14-game losing streak to the Clippers. Andrew Wiggins led the Wolves with 31 points.