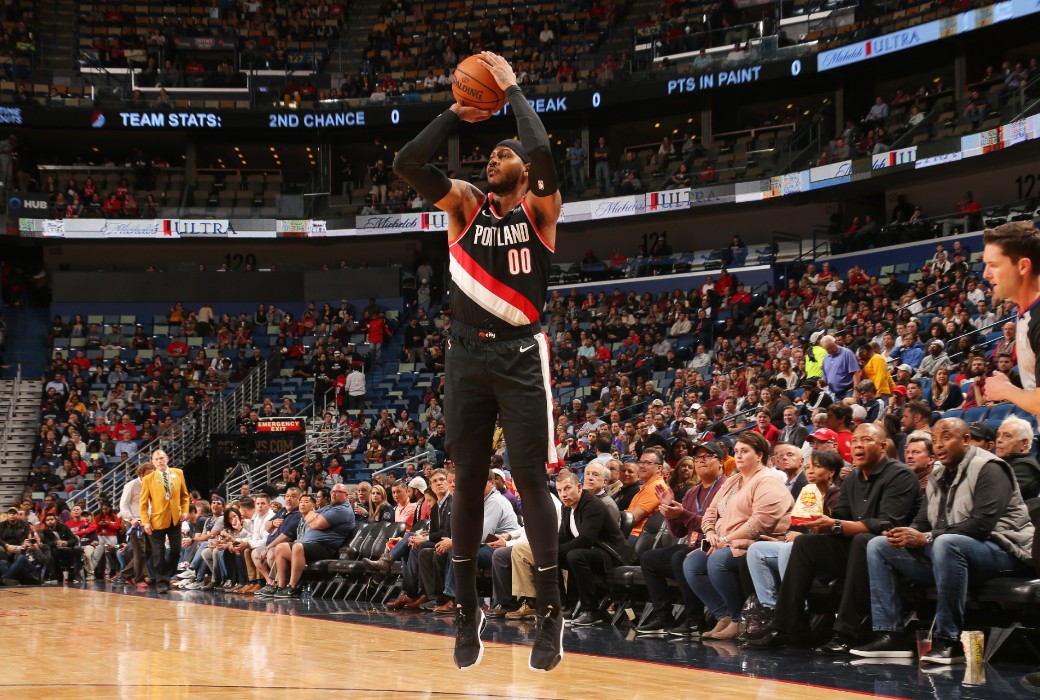 Carmelo Anthony made his debut for the Blazers, his first appearance in an NBA game in 376 days. Melo shook some of the rust off and finished with 10 points and 4 rebounds in 24 minutes. The Pelicans spoiled his return by coming away with the win, but hoop fans everywhere should be nothing but thrilled that Melo is playing NBA basketball again.

Alec Burks dropped a game-high 29 points and Draymond Green stuffed the stat sheet with 8 points, 10 boards, and 11 assists to lead the Warriors to their 3rd win of the season. The Grizzlies were led by Ja Morant, who finished with 20 points in the loss.

The Kings held off a 4th-quarter surge by the Suns to secure the win at home. Bogdan Bogdanovic went off for a career-high 31 points on 11-14 shooting and 7-9 from three. Corey Joseph dropped 14 dimes and Richaun Holmes added 20 points and 15 boards for the Kings. Devin Booker led the Suns with 30 points and 8 assists, and Mikal Bridges at 20 off the bench in the loss.

The Lakers won their 5th in a row, led by monster nights from their two superstars Anthony Davis and LeBron James. AD finished with a game-high 34 points on 13-24 shooting. LBJ’s 25 points, 11 rebounds, and 10 assists against the Thunder made him the first player ever to record a triple-double against every team in the NBA, an insane accomplishment for The King.

The Thunder were led by Dennis Schroder, who dropped a team-high 31 points off the bench. Danilo Gallinari added 25 points in the loss.